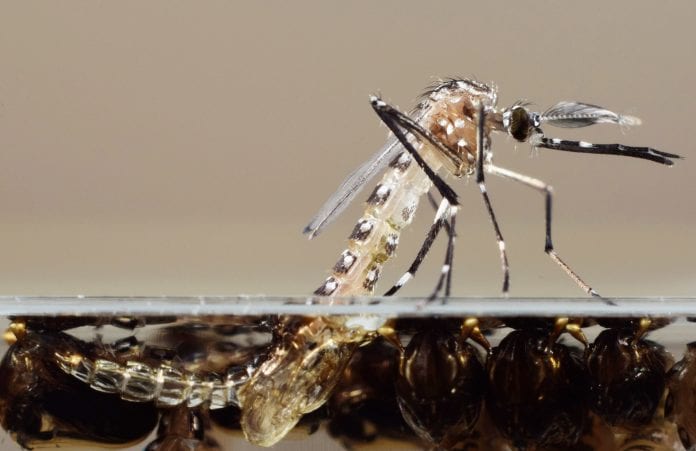 The Wynwood, Miami-Dade resident Josephina Barielle, is skeptical and fearful of a proposal made by the Environmental Protection Agency (EPA) to use genetically modified (GM) mosquitoes in the fight against the spread of the Zika virus. Earlier this week, the EPA gave approval for the GM mosquitoes to be used in Miami.

However, according to Miami environmental consultant Danny Clover, using GM mosquitoes “have been proven to (be) an effective method in decreasing the mosquito population that spreads diseases like Zika and Dengue Fever, and are harmless to humans.” He believes with people conscious that mosquitoes are the cause of these diseases, when hearing of a plan to introduce more mosquitoes into the environment, “they become very skeptical.”

Clover further explained the strategy of using GM mosquitoes is primarily to release male mosquitoes that “Do not transmit Zika or any disease, and although the GM male mosquito will mate with natural female mosquitoes, the eggs would develop and this reduces the overall Aedes-aegypti mosquito population in the area where the GM process is used.”

The EPA has proposed beginning trials with the GM mosquitoes in Key Haven, close to Key West.

US Senator Bill Nelson from Florida has also assured Miami residents that GM mosquitoes present no threat to them. “The EPA has carefully studied the process and has determined there’s no potential danger to the environment or to humans.”

If Florida officials approve the use of the GM mosquitoes, according to reports, millions of mosquitoes could be released in the environment. Barielle, who lives in Wynwood but works during the week at a Key West hotel, says “I really can’t understand how releasing so many mosquitoes can prevent diseases that are carried by mosquitoes.”

The final decision to use the GM mosquitoes will be made by Florida’s Mosquito Control Board, although voters in November will be given the opportunity to vote if they are in favor of the procedure.

Residents in Key Haven saying they don’t “want to be used as test rats,” are aggressively protesting the plan and have begun placing signs reading “No Consent” in front of homes and businesses.

Tom McDonald of the Mosquito Control Board, gave assurances that using genetically modified mosquitoes is safer and more effective than using chemical sprays.