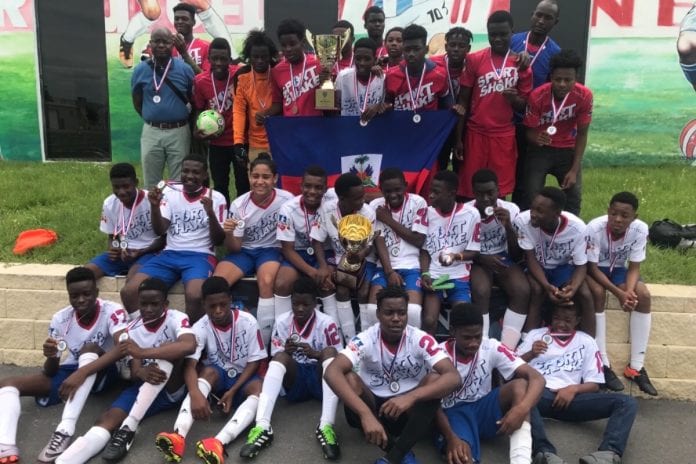 MIAMI-DADE COUNTY – The Little Haiti Football Club in South Florida that recently mourned the death of three of its members will be honored at a major youth soccer tournament this weekend.

The Club will be the special guest of the Confederation of North, Central American and Caribbean Association of Football (CONCACAF) Boys Under 15 Championship, which will take place Aug. 9 to 11 at the IMG Academy in Bradenton, Fla. Team members will play in two exhibition matches on Aug. 9 and 10, and they will be honored during the tournament’s final ceremony on Aug. 11.

The honor comes weeks after three of its members – teenagers Richarcarde Dumay, Lens Desir and Gedeon Desir – lost their lives to a drunk driver while waiting for a bus to take them to a soccer tournament in Weston. Following the deadly May 25 incident, Miami-Dade County Commissioner Jean Monestime facilitated a meeting in June between CONCACAF representatives Chris Craig, Jason Roberts, Jonathan Martinez, Little Haiti Football Club co-founders Gomez Laleau and Pat Santangelo and the victims’ families, which resulted in the team’s participation in this weekend’s championship festivities, as 23 of its players and staff head to Bradenton in a CONCACAF-sponsored, all-expenses-paid trip.

“This is going to be an incredible experience for the participants, and I’m so proud to have been a part of working with CONCACAF and the Little Haiti Football Club to make this happen,” Commissioner Monestime said.

The tournament will feature the participation of more than 750 boys from 39 teams from North America, Central America and the Caribbean, and three guest teams from the Union of European Football Associations (UEFA). Fans will be able to follow all the action on TUDN.