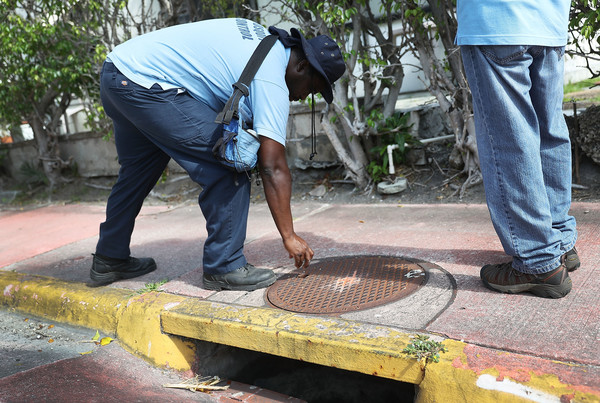 Following heavy rain that has hit South Florida in the last few weeks, Broward County officials said they have been getting thousands of requests per day to eradicate mosquitoes.

The County has been deploying extra people on the streets to try and get control of the spread.

Dr. Anh Ton is in charge of helping plan Broward County’s attack to take down the swarms the area has been seeing lately. He said the rainy weather has brought more than just the normal Aedes Aegypti mosquitoes that people in the area are used to seeing.

“Many mosquitoes are not the one that are normally breeding in this area,” Ton said. “They are actually the Salt Marsh mosquitoes that typically breed in the Everglades, and they get blown in. They came in with the storms.”

Because of the extra pests, Broward County has trained extra crews to help cover more area faster in addition to their normally scheduled spraying.

While they try to cover as much ground as possible, Ton said residents can help by taking steps to protect their homes.

Although the Salt Marsh mosquitoes are more aggressive, Ton said they do not carry diseases like the Zika virus.

He also said the county is not using the controversial naled insecticide and said that the chemicals they’re using to stop the spread are safe to the public.