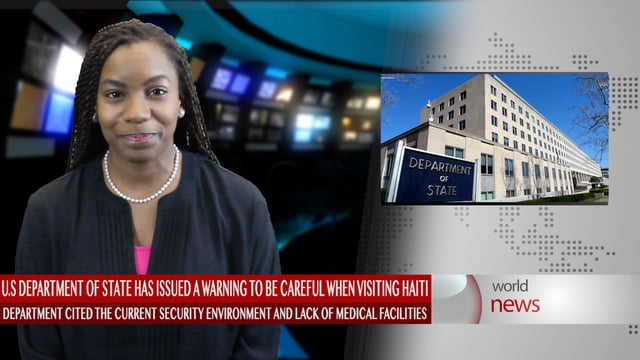 For the first time in four years exports from the Caribbean and Latin America have increased. In the first quarter of 2017, the value of exports increased by 17 percent, following a decline of 2.9 percent in 2016. The recovery was primarily driven by a rebound in commodity prices, according to an analysis conducted by the Inter-American Development Bank (IDB) using detailed data from 25 regional countries.

The United States Department of State has issued a warning to Americans to be careful when they visit the Caribbean nation of Haiti. The Department cited the current security environment and lack of adequate medical facilities and response, especially in the areas of Pétion-ville and the storm-damaged southern peninsula departments of Grand Anse and South. The current release replaces a Travel Warning dated November 4, 2016.

A Jamaican man has lost his appeal against a lengthy prison sentence for drug smuggling. Tyrone Brown, 31, was last year sentenced to 15 years imprisonment for trying to smuggle packages of cocaine through the airport in his baggage. Brown launched an appeal against his conviction and sentence, both of which have been dismissed by the Court of Appeal. Judges ruled that the sentence was not manifestly excessive.

Former Cayman Islands Football Association (CIFA) general secretary Costas Takkas plesded guilty to charges of money laundering conspiracy in a New York federal court on Wednesday. The 60-year-old Takkas a former attaché of former CONCACAF President Jeffrey Webb faced charges relating to the transmission of millions of dollars in bribes paid during the official’s tenure in office. According to
documents presented in court, Webb received a $US3m bribe to guarantee the media and marketing rights for the home World Cup qualifiers of Caribbean teams during the 2018 and 2022 campaigns.

Greg Gianforte, a Montana Republican running for a U.S. House of Representatives seat, was charged with assaulting a reporter hours before polls opened on Thursday for a special congressional election that could test President Donald Trump’s political clout. Gianforte was charged with misdemeanor assault after Ben Jacobs, a political correspondent for the U.S. edition of the Guardian newspaper, said the candidate “body-slammed” him during a campaign event. Republican lawmakers criticized Gianforte but stopped short of asking him to withdraw from the race.

It will be partly cloudy with isolated thunderstorms in Broward County, Mostly sunny in Miami-Dade and Palm Beach Counties with a high of 91 and a low of 73. Today’s news was brought to you by the Florida Department of Health in Broward County, who encourages you to Protect Your Baby, Vaccinate On Time, Every Time. They remind you that Immunizations are SAFE, PROVEN PROTECTION. For more on these and other stories visit us at caribbeannationalweekly.com Make sure to pick your copy of Caribbean News weekly at your nearest Caribbean American outlet