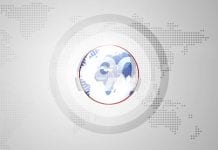 With a look at some of the top stories making the news today, September 30th, across your Caribbean-American community in South Florida.

The Miami Urban Contemporary Experience presents the Hang Your Bra for the Cause Exhibition opening reception on Wednesday, October 5th, from 3pm – 9pm. Hang your Bra for the cause is presented in honor of Breast Cancer Awareness month at the Little Haiti Cultural Center.

The Carnival season kicks off tomorrow with Junior Carnival where over 350 young masqueraders will walk the perimeter of Central Broward Regional Park in Lauderhill wearing bright, colorful costumes. Ages 2 to 18 are allowed to walk in the parade and will compete based on the originality and craftsmanship of their costumes. Gates open at 11a.m. and kids under 10 years old are in free.

The Third Horizon Caribbean Film Festival launched at O Cinema Wynwood last night in Miami. Supported by the John S. and James L. Knight Foundation, the festival will run through October 2nd with the purpose of highlighting Caribbean filmmakers who are shining a light on their nations through cinematography. Some featured works include Bajan artist Sheena Rose and the anticipated neorealist film Ayiti Mon Amour.

FIFA has come under criticism for disbanding its anti-racism task force saying it had “completely fulfilled its temporary mission.” The task force was set up in 2013 by the organization’s former president Sepp Blatter to combat racism in the sport. Former FIFA presidential candidate Prince Ali of Jordan commented on the subject saying “The fight against racism is far from over and the notion that the current FIFA leadership believes that the ‘task force’s recommendations have been implemented’ is shameful.”

Jamaica born U.S Army scientist Pauline M. Smith is the recipient of the Office of the Secretary of Defense Award for Excellence. The award is given to those who have contributed significantly to the mission of the US Department of Defense. Smith was honored for her contributions to Tactical Warfare Systems, Land Warfare and Munitions.

Caribbean Airlines to Resume Flights to Guyana on Monday