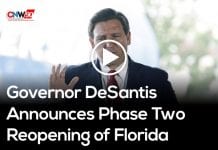 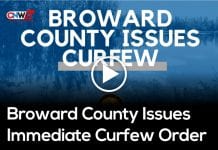 Today is Tuesday, December 13 and we’re taking a look at some of the top stories making the news across your Caribbean-American community in South Florida, For CNW90, I’m Jahlisa Harvey

Late yesterday former Jamaican Minister of National Security, Peter Bunting, who had last week declared his candidacy to possibly succeed Portia Simpson Miller as leader of the People’s National Party announced he was pulling out of the race. Bunting reportedly said he was removing his candidacy as there were indications the majority of party delegates wanted former Minister of Finance Peter Phillips to be Simpson Miller’s successor.

For the third time in the past three months Florida Governor Rick Scott has travelled to South Florida to declare specific regions free of the Zia Virus. Scott announced at a press conference on Friday with no reports of Zika contamination in the previous contaminated zone for the past 45 days, state officials have removed the warning on the South Beach area.

Actors from the new movie, Fences, which hits South Florida theaters on Christmas Day, visited Miami last week for an exclusive sneak peek of the film  which stars Denzel Washington and Viola Davis. CNW90 was on hand at the Mandarin Oriental Hotel in Brickell as cast members Jovan Adepo and Stephen McKinley Henderson joined a Round Table discussion of the film. Written by August Wilson, Fences is a compelling drama which captures the challenges and triumphs of an African-American baseball star turned garbage collector and his family living in Pittsburgh during the 1950s.

Yesterday, US Senate Majority Leader Republican Mitch McConnell said the Senate Intelligence Committee will investigate a CIA assessment that Russia interfered in the US presidential elections in November. US House Speaker Paul Ryan also released a written statement that a House Intelligence Committee will continue investigating cyber threats by other countries and terrorist groups.

Caribbean national weekly.com. Remember to pick up this week’s copy of our Caribbean National Weekly at your nearest Caribbean – American outlet. Today’s news is brought to you by Grace Aloe. Aloe Vera drink, Refreshingly Delicious.”