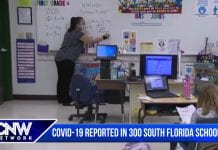 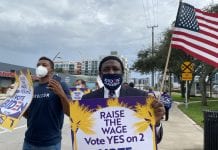 A look at some of the top stories making the news today, June 3rd, across your Caribbean-American community in South Florida.

At least 75 Venezuelans have traveled to Trinidad every two days for the past six months due to the worsening conditions in the country. Chairman Leo Doodnath of the Siparia Regional Corporation which handles functions in southwest Trinidad says immediate measures will have to be put in place as the port was not built to accommodate so many travelers.

The Haitian Renewal Alliance has partnered with George Washington University in D.C for its 7th Annual Business Investment Expo.  The conference is an innovative platform highlighting strategic approaches to integrate the Diaspora in business investment initiatives in the Caribbean. The Expo is scheduled for June 14th and 15th.

Singer Pressure Buss Pipe has produced another hit song titled ‘Nuh Worry Yourself’ as he prepares to head out on tour in the United States. This song is from his upcoming album, ‘Red Rose’ due out later this year. The Virgin Islands native had a big hit in 2007 with the song ‘Love and Affection.’

In Sports, Jamaica’s Reggae Boyz left Miami yesterday to head to Chicago for their matches in Group C of the Copa Centenario series. On Sunday, June 5th, the Boyz will play against Venezuela at Soldier Field in Chicago.

With the Haitian presidential election to be redone due to electoral fraud, former Haitian officials and Cabinet ministers from former President Michel Martelly’s administration have been forbidden to leave the country. The Travel Ban was issued by public prosecutor Danton Leger.

Jamaican Hotel Invites Guests To Work And Vacation In Kingston