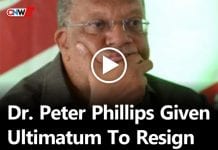 A look at some of the top stories making the news today, December 30, across your Caribbean-American community in South Florida.

Starting in April next year, JetBlue Airlines plan to expand its U.S. and Caribbean routes with new daily flights between Barbados and the Fort Lauderdale/Hollywood International Airport. The airline also plans to add a 3rd daily flight from Ft. Lauderdale to Port-au-Prince, Haiti The new routes, however, are pending, awaiting government approval.

The latest real estate index reports rising home prices in Miami-Dade, Broward and Palm Beach counties for October. The S&P Home Index show an 8 percent increase in October 2015 over last year. But home prices throughout the tri-county area still stand at 73 percent of their original values before the housing market crash.

Guyana-born cardiologist Dr. Harold Persaud has been sentenced to 20 years in prison for conducting unnecessary and invasive tests and surgeries as part of a Medicare fraud scheme worth US$29 million.

The PNP Must Reunite Quickly