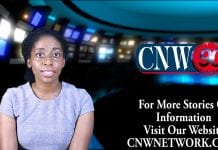 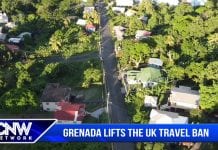 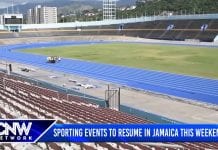 With a look at some of the top stories making the news today, September 23 across your Caribbean-American community in South Florida, I’m…for CNW 90.

Coming up in the newscast, Governor DeSantis proposes harsher penalties for violent protesters, Broward and Miami-Dade delays the reopening of schools and Jamaica says no face to face classes for the immediate future.

Months after a series of Black Lives Matter protests around the world, Florida Gov. Ron DeSantis is proposing harsher penalties for violent protesters. At a press conference on Monday, DeSantis announced new legislation which, if passed, will impose felony charges on anyone who participates in disorderly protests that cause property damage or injury. The proposal includes a ban on disorderly assembling where property damage or injuries to other people occur. A violation can lead to a third-degree felony. Obstructing traffic during an unpermitted protest would become a third-degree felony under the bill and drivers would not be liable for accidents caused. A provision has also been made to cut funding for local governments that attempt to defund local police departments. DeSantis received backlash from major organizations including the American Civil Liberties Union of Florida and the African American Policy Forum.

In Local News, Both Broward County Public Schools and Miami-Dade County Public Schools (M-DCPS) decided to delay the reopening of face-to-face classes. BCPS Superintendent Robert Runcie had initially recommended schools to reopen starting October 5, but during a school board meeting on Tuesday, some members of the board proposed a possible reopening date of October 16. The board will vote on the reopening plan on October 6. Similarly, the MDCPS, at their school board meeting, voted unanimously to delay the start of in-person instruction to at least October 14. Superintendent of Schools Alberto Carvalho initially recommended that students return beginning on September 30. Students will return to school in a staggered approach, with all students in physical classrooms by October 21.

In Jamaica, the ministry of education has decided not to resume face-to-face classes amid a COVID-19 spike. At a press conference on Tuesday, the newly appointed minister of education Fayval Williams announced that as of October 5, schools will used a mixed approach of online and remote learning in addition to TV, Cable and Radio broadcasts and the distribution of printed materials for students. Since the beginning of this year, the ministry has purchased and distributed some 40,000 tablets for students to transition to remote learning. As additional 25,000 are to be purchased and teachers will receive training on an online learning system. Prior to the announcement, the Jamaica Association of Principals of Secondary Schools and the Jamaica Teachers’ Association had said they could not support the reopening of schools while the island is in the middle of a deadly second wave of COVID-19.