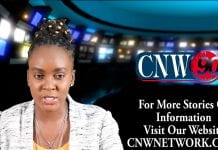 A look at some of the top stories making the news today, June 17th, across your Caribbean-American community in South Florida.

The City of Miramar celebrates the opening of their new 65,000-square-foot Police Headquarters this week. Jamaican-American police chief, Dexter Williams, says the community has been eagerly waiting for their new home and this sparks the beginning of a new adventure. The plans for the headquarters has been in development since the former Police Department was deemed uninhabitable after Hurricane Wilma and will house the City’s Emergency Operations Center.

With Broward County’s overall employment rate at 4.2 percent which is below the regional, state and national average, the Broward County Commission has approved the ‘Employment Self-Sufficiency Program’. The initiative will target the high unemployment rates and low incomes in the county, specialized job readiness classes, a path to GED, and employment opportunities for unemployed residents over 18 who reside in the county.

This Sunday, Cinema Paradiso in Fort Lauderdale will screen the movie ‘The Heart of Summer’ by critically acclaimed Jamaican actor and producer, Paul Campbell. Infused with a dynamic soundtrack from artists such as Rootz Underground, Raging Fyah, and Leea Stewart, The Heart of Summer is reflective of Caribbean-American Heritage Month and a tribute to all Fathers on Father’s Day. The film will begin at 6 p.m.

In sports, The U.S.A Cricket Association has asked for a cancellation of the six Caribbean Premier League matches set for south Florida July 28 to the 31st. They state the CPL and Lauderhill did not receive proper sanctioning to host the event, however, the ICC head of global development, Tim Anderson, mentioned that the U.S.A.C.A did not have the authority to sanction matches since it was suspended in 2015, and that the CPL games were okay to go ahead as scheduled.