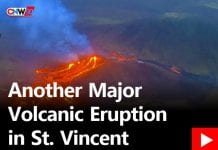 With a look at some of the top stories making the news today, September 4 across your Caribbean-American community in South Florida, I’m…for CNW 90.

Coming up in the newscast, a 16-year-old charged with massive cyber attacks on Miami-Dade public schools, the Jamaica Labour Party secure a second term in historic Jamaican elections and Toots Hibbert reportedly fighting for his life after contracting COVID-19

A 16-year-old student, a junior at South Miami Senior High School, has been arrested and charged in relation to the massive cyber attacks on the Miami-Dade County Public Schools online system that rendered thousands of students and teachers unable to have classes since the beginning of this week. The arrest was made on Thursday morning after the student admitted to orchestrating eight cyber attacks, designed to overwhelm District networks. The student has been charged with Computer Use in an Attempt to Defraud – a 3rd degree felony, and Interference with an Educational Institution – a 2nd degree misdemeanor. Miami-Dade County Public School has been the target of more than a dozen of these types of attacks since the 2020-2021 school year began. Detectives are continuing their investigation to determine whether additional individuals are responsible for the attacks.

In Caribbean News, The ruling Jamaica Labour Party (JLP) has won the Thursday’s general election by a resounding margin according to preliminary results. The data shows that the JLP won 49 of the 63 seats in the Parliament, in one of the most unprecedented elections that the island has seen in recent times. Prime Minister Andrew Holness now creates history as the first JLP leader to be re-elected following two consecutive contested elections. Even though the final count has not yet been declared, Opposition Leader Dr. Peter Phillips, who has already indicated that be stepping down had the party lost the election, is reported to have already telephoned Prime Minister Holness offering his congratulations. Vice-President of the PNP, Phillip Paulwell also congratulated the Holness administration, saying “Let us congratulate them and wish them well,” adding that “it is a shocking defeat”. In the 2016 general election, the JLP had won by a slender one seat majority with 32 seats, but increased that to 34 seats after it won two by-elections during the four and a half year term of the Holness administration.

In the meantime, Iconic reggae singer Toots Hibbert of Toots and the Maytals is reportedly battling for his life in a medically-induced coma after testing positive for COVID-19. The 78-year-old singer, whose real name is Frederick Hibbert, was admitted to the University Hospital of the West Indies over the weekend after having breathing problems. Since then, his health has deteriorated. His publicist Claude Mills said the singer is was now showing all signs of the virus. “Toots is fighting for his life and his family is asking for prayers,” Mills said. He is reportedly one of seven critical patients battling COVID-19 today in the island. Members of the artiste’s inner circle have self-quarantined and have taken COVID-19 tests as well.