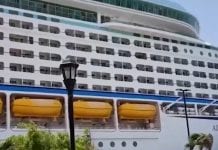 A look at some of the top stories making the news today, July 8th, across your Caribbean-American community in South Florida.

The Greater Caribbean American Chamber of Commerce will host a candidates forum in Lauderdale Lakes to address issues and concerns specific to the Caribbean community in South Florida. Candidates running for countywide and statewide offices in November, including Broward’s County Court Judicial seats, the District 9 Commission seat, and Florida State Seats, Districts 92 and 95, will be in attendance. The forum will be at the Merrell United Methodist Church from 6 to 9pm.

U.S. State Department spokesman, John Kirby, has announced that although the U.S still supports the Haitian people, Washington simply does not plan on spending more taxpayer money on elections in Haiti. The U.S has announced the government’s decision to stop financial assistance to Haiti’s electoral officials after supplying 33 million dollars to the campaign that began last year.

The Miami Music Project Children’s Orchestra will conclude the Adrienne Arsht Centers Free Family Festival series this weekend. The concert will include a performance of Dvorak’s “New World Symphony” and Gershwin’s “An American in Paris.” The event will be at the John S. and James L. Knight Concert Hall on tomorrow at 1:30 p.m.

In Sports, The Jamaican U-19 Rugby team will travel to Miami to participate in the Rugby Americas North Tournament from July 9th to the 16th which features 23 matches, 14 teams and educational events to further develop rugby in the region. Both the Men’s U19 Championships and the inaugural Women’s 10-a-side tournament will be streamed live.

The People’s National Party Youth Organization claims an increase in calls for party President Portia Simpson Miller to step aside following defeat at the national polls four months ago.  Yesterday, Andrae Blair, President of the party said the Simpson Miller should have stepped down immediately after losing State power. The PNP lost to the Jamaican Labor Party 31-32 in the 63-seat Parliament.