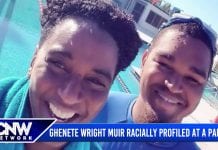 A look at some of the top stories making the news today, July 1st, across your Caribbean-American community in South Florida.

Newly released audit reports have found possible conflict of interest and improper spending  at the Little Haiti Cultural Center in Miami. The report, commissioned by the city of Miami, found no proof of corruption from dismissed center director Sandy Dorsainvil. Attorney Charles Mays says  this new discovery exonerates his client by showing an absence of wrongdoing on her part.

Two term Mayor of Lauderdale Lakes, Barrington Russell, has officially announced his run for Florida State Representative of District 95 in August. He will be running against several other Caribbean – American candidates including Roxanne Valies, Robert Lynch, Anika Omphroy, snd Patrick Jabouin. The seat will be open in the absence of Hazel Rogers who will be stepping down at the end of her term.

The City of Lauderhill’s Art, Culture & Tourism Board hosted their first annual talent show this week bringing out current city residents and business owners. The 6 finalists strut their stuff at the Final Showcase where Jessica Timmons won first place walking away with $2,500. The event was held at the Lauderhill Performing Arts Center.

In Sports, The Caribbean Islands Swimming Championships this week in the Bahamas gave many nations a final chance to qualify for a spot in the 2016 Rio Olympics. Arianna Vanderpool-Wallace of the Bahamas made a qualifying time of 1 minute and point 1 second to win the women’s 100 meter butterfly title in group ‘B’. Vanderpool-Wallace represented the Bahamas in the 2008 and 2012 Olympic Games.

Apple Inc., is working on technology that will disable the photo and video recording capabilities on your phone by using an infrared signal. The technology intends to stop illegal recordings at concert venues or theaters where forbidden by detecting the infrared signal and either alter what’s shown on the screen or shut down video features completely.