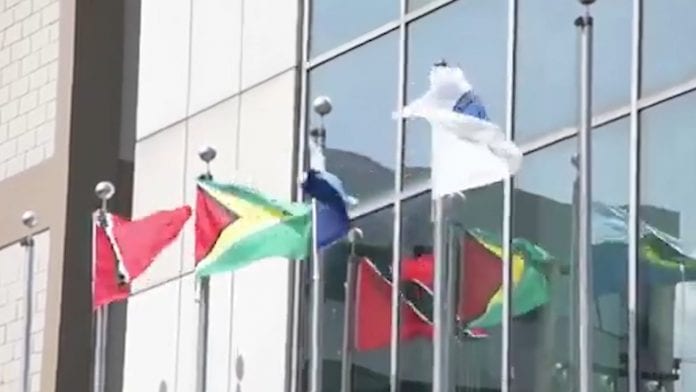 With a look at some of the top stories making the news today, July 12 across your Caribbean-American community in South Florida, I’m…for CNW 90.

Coming up in the newscast, Fort Lauderdale police chief removed from office, Reggae Sumfest goes virtual for 2020 staging and Jamaica welcomes 30,000 tourists over the last month.

Last week, the Fort Lauderdale Police Department made the announcement that Chief Rick Maglione had been removed from his post. Maglione was elected leader of the department in 2016. However, his dismissal came after the department received statewide criticism for its tactics during protests. During the black lives matter protests across Florida last month, several fort lauderdale police were caught on video using excessive force during peaceful protests, even harming citizens in some instances. Maglione’s replacement is assistant chief Karen Dietrich, who will now be taking the role of an interim chief. The former police chief will remain with the department, but his new role has yet to be determined.

In Entertainment, Reggae Sumfest, Jamaica’s largest annual concert, has opted to hold a virtual staging of this year’s events instead of canceling it altogether.The organizers of the annual music festival team have inked a deal with Facebook and Instagram to host the online event. The festival will take place from July 20 to 25—a week after the originally scheduled dates for the festival. Reggae Sumfest has yet to confirm the perfomances for the online concert, but previously booked artists included Koffee, Bounty Killer, Spice, Beenie Man, among many others.

Now for Caribbean News, the Jamaican government says it has welcomed more than 35,000 visitors since the island reopened its borders on June 15. The island, which has over 750 COVID-19 cases was one of the first CARICOM countries to reopen its borders after shutting down in March. Minister of Tourism Ed Bartlett said the reopening of the borders has provided much needed economic support for Jamaica and has also seen the return of thousands of tourism jobs to residents.

Over in Guyana, the Organization of American States (OAS) has reiterated its call for the Guyana Elections Commission (GECOM) to move forward in concluding the country’s disputed March elections. Last week Wednesday, the Caribbean Court of Justice (CCJ) has delivered a ruling on the election saga, ultimately making way for Guyana’s opposition party and presidential candidate Ifraan Ali to take office. As GECOM stalls the official announcement of the election results, the OAS along with politicians and political organizations around the world, have called for the election process to be concluded.