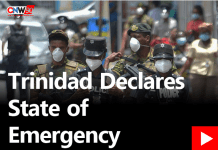 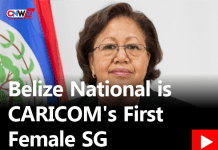 A look at some of the top stories making the news today, November 3, across your Caribbean-American community in South Florida.

Lauderhill is broadening the possible recruitment pool for police chiefs, following a recent ruling from the city’s commission to remove the residency requirement for applicants. Candidates living in neighboring cities will now be considered. The city is still searching to replace former Police Chief Andrew Smalling, who resigned last August.

In sports, the Fort Lauderdale Strikers are headings to the NASL soccer playoffs, following a dramatic victory against Jacksonville Armada, winning one nil with a goal from Marlon Freitas in the 87th minute. The Strikers will go head-to-head with top-seeded team, the New York Cosmos, next Sunday in the league’s semifinals.

Sprint Star Usain Bolt has been nominated for the IAAF World Athlete of the Year award. For more on what’s trending, follow us on Facebook and Instagram at Caribbean National Weekly, and on Twitter at National Weekly.

On behalf of the CNW team, we would like to wish Dominica a Happy Independence Day, as they celebrate 37 years of independence