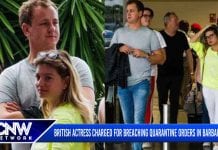 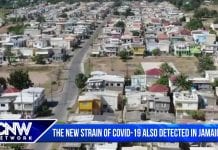 With a look at some of the top stories making the news today, December 9 across your Caribbean-American community in South Florida, I’m…for CNW 90.

On Monday, Jamaican-American Danielle Cohen Higgins was appointed as Miami-Dade County’s new commissioner for District 8. She now fills the seat vacated by Miami-Dade’s new mayor Daniella Levine Cava. Higgins was selected by a 10-1 vote in a special meeting. She grew up in South Dade and is the daughter of Jamaican immigrants. She is also the first person of Jamaican descent to be appointed to the Miami-Dade Commission. She went to Sunset Senior high school before attending the University of Florida and then Florida State University for her law degree. Higgins is also married with two young children. During the meeting, Cohen Higgins thanked her supporters and the community stakeholders who voted for her.

In Jamaica, Prime Minister Andrew Holness along with former prime ministers PJ Patterson and Bruce Golding say they are willing to roll up their sleeves and take the COVID-19 vaccine once it becomes available. Holness said he would have no problem taking the vaccine, Patterson is willing to have his vaccination live-streamed to reassure the public that it is safe, and Golding said he would encourage all his family members to get the shot. The trio follow former US Presidents Barack Obama, George W Bush and Bill Clinton who have volunteered to take the vaccine on camera. In the meantime, the island’s health minister, Dr. Christopher Tufton says that doctors, security personnel and other front-line staff will be among the first to be vaccinated.

And in Trinidad and Tobago,

Trinidad and Tobago’s Opposition Leader Kamla Persad Bissessar has been retained as political leader of the main opposition United National Congress (UNC). The oarty held its internal election on Sunday. Kamla’s main challenger for the post, Vasant Bharath, a former trade minister, conceded defeat on Monday. UNC officials said that at least 17,000 supporters were eligible to cast ballots in the election, with Persad Bissessar gaining at least 15,000. This is her third victory as leader of the party.