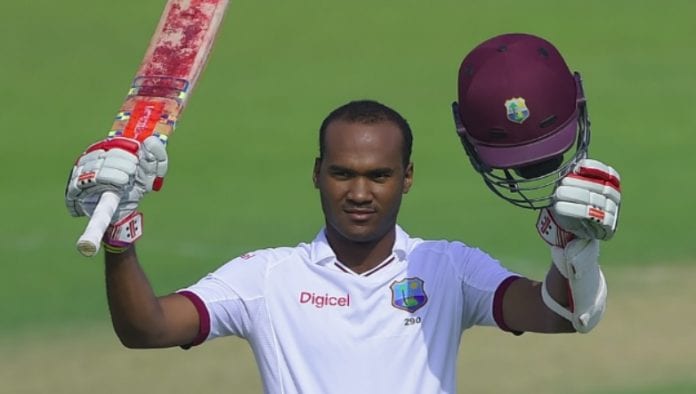 Opener Brathwaite dropped one place to 18th in the batting rankings while seamer Roach also slipped one spot to 20th in the bowling rankings.

The pair are the only Caribbean players in the top 20 of either set of rankings.

Brathwaite scored 706 runs in 10 Tests last year, mirroring his career average at 37 per innings, to surge into the top 20 in the world.

He managed a single hundred – 134 in the first innings of the Leeds second Test against England which West Indies won by five wickets last August.

Roach, meanwhile, snatched 25 wickets in seven Tests last year at an average of 25, after being recalled for the England tour following 18 months on the sidelines.

Three other Windies players sit in the top 50 of the batting rankings with Shai Hope at 31st, Roston Chase, 38th, and Darren Bravo, 41st, though the left-hander has not played a Test in 14 months.

There was a major change at the top of the bowling rankings with exciting 22-year-old South African fast bowler Kagiso Rabada dislodging veteran England seamer Jimmy Anderson for the number one spot.