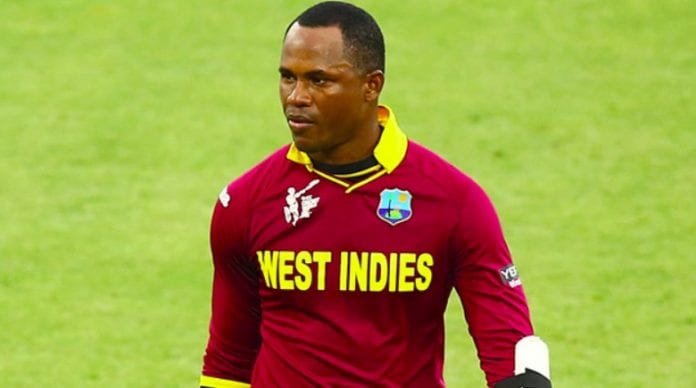 Marlon Samuels countered Brendan Taylor’s spectacular 10th One-Day International hundred with an audacious half-century as West Indies completed their fifth highest run chase in One-Day Internationals, to beat Zimbabwe by four wickets and haul themselves back into contention for a spot in next year’s World Cup in England.

Facing a must-win scenario at Harare Sports Club, West Indies overhauled the hosts’ impressive 289 with an over to spare, with the right-handed Samuels unfurling a Man-of-the-Match top score of 86.

He got support from the stylish Shai Hope who weighed in with 76 while opener Evin Lewis struck 64, as West Indies pulled off the highest run chase of the ICC World Cup qualifiers.

Earlier, Taylor stroked a magnificent 138 – his 10th ODI hundred – while opener Solomon Mire got 45 and Sean Williams 34, to help give the innings momentum on a good pitch after they had opted to bat first.

Captain and seamer Jason Holder was outstanding with four for 35 from 10 overs while new-ball partner Kemar Roach claimed three for 55 and rookie pacer Keemo Paul, two for 55.

With the victory, West Indies climbed from third to the top of the standings with six points with one match remaining against Scotland.

Zimbabwe, meanwhile, slipped to second place – one point behind – with one match remaining against United Arab Emirates on Thursday, while Scotland lie third also on five points.

Police Commissioner Says Over 200 Jamaican Cops Have Contracted COVID-19 Since...