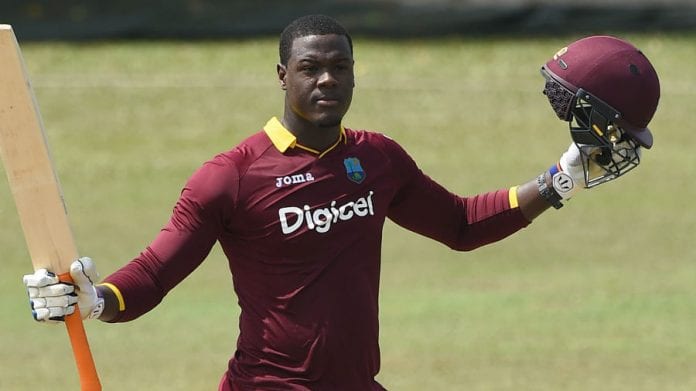 BRIDGETOWN, Barbados, CMC – West Indies T20 captain Carlos Brathwaite is expecting a stern challenge from India when the two sides meet in the US for their upcoming Twenty20 series.

The Windies will meet India in the first T20 in Lauderhill, Florida on Saturday and then again on Sunday. The third and final T20 will be played on August 6 in Jamaica.

In recounting the last time the two teams met in the US, Brathwaite said the contests were fiercely contested, with 400 runs being scored in one game.

“I’m expecting similar fight, similar grit, similar competition between the two teams. Obviously, West Indies and India have had good battles in the past and I expect nothing less in the two games in Florida,” the skipper said.

The two Trinidadians were recalled to the 14-man squad after a hiatus from the regional outfit.

“They are two leaders in the dressing room and it’s a joy to have them back with their vast experience and ability. They are winners – both have won the ICC T20 World Cup for West Indies and they have also won franchise tournaments around the world, including the Caribbean Premier League.

“So, we are hoping to portray that positive flair and brand of cricket and for them to share their knowledge and ideas and also bring that energy to the team,” Brathwaite added.

The skipper said he was also looking forward to the addition of newcomer Anthony Bramble.

He said the exciting wicketkeeper/batsman was exactly what the West Indies were looking for.

“We needed a second keeper … Shai Hope has been rested and Nicholas Pooran has been elevated to the lead keeper for this series … so, Bramble came into the reckoning and I’m happy to see him get an opportunity.

“We wanted to find someone who is young and who can fit into the role. He led the West Indies B Team and he also plays all three formats. He had some performances in Canada and from all reports his performances were good. If he does get a chance to express himself and show the world why he was the man selected to do the job,” Brathwaite said.