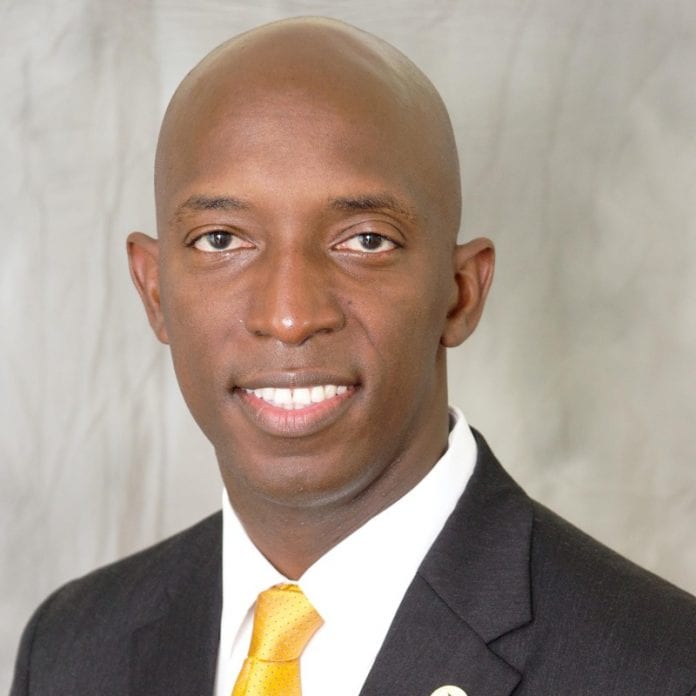 While seeming a certainty that Wayne Messam, 44, will be re-elected as mayor of the City of Miramar, he has confirmed to CNW that he is contemplating a run as a presidential candidate for the Democratic Party in 2020.

Messam is challenged by Josue Larosa for the office of Mayor of Miramar, a post he has held since 2014. However, there is little or any evidence that Larosa is conducting a serious campaign. This suggests Messam’s re-election will be fairly certain.

When Messam defeated longtime Miramar Mayor Lori Moseley in 2014, he had many detractors. However, during his first term he sternly rubbished his critics with an impressive performance.

He has driven the city’s business development, with Miramar boasting more Fortune 500 companies than any other in Florida, including Spirit Airlines and Royal Caribbean Cruises.

Messam was instrumental in creating some 3,000 high-paying jobs. He and his commissioners have also worked hard to reduce crime in the city, and is fulfilling his early mission to make Miramar one of the more “progressive” cities nationally.

He says in his second term as mayor, he wants to continue the city’s economic development, and lead its growth to becoming a major trade hub. He also wants to focus on the continued redevelopment of East Miramar and improve opportunities for residents and businesses there.

Messam, who has proven to be a savvy visionary, is described by a Miramar resident as, “Looking ahead even as he implements current plans.” Many of his constituents believe the young mayor has far to go in Florida, and even national politics.

Considering a run for US president

Messam confirmed his lofty political ambitions with CNW. However, the Jamaican-American’s presidential ambition doesn’t override his commitment to serve Miramar as its mayor.

He has retained a lawyer to contact the Florida Division of Elections to ascertain that, if he does run for president, he would have to resign as mayor.

But, he says if he has to resign it would only be if he is elected to the either the presidency of vice presidency.

Decision by end of March

“If I make a decision to run, which could be by month’s end, I would still serve as mayor while campaigning.” He is currently  having discussions with political activists, potential donors, and elected officials about the possible presidential run.

Messam assured CNW that he is not phased by the large field of Democratic Party presidential candidates, which could grow with the likely addition of former Vice President Joe Biden, and former US Congressman Beko O’Rouke of Texas.

A self-described  “progressive Democrat”, Messam is confident of beating the odds and conventional political wisdom. “I did this before in defeating Mayor Mosely, when the naysayers said I couldn’t,” he explained.