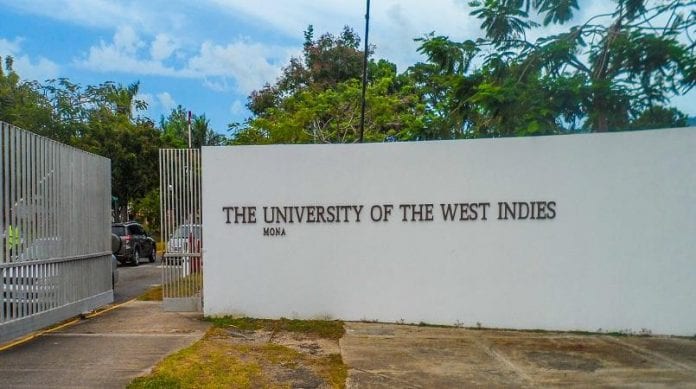 KINGSTON, Jamaica – The University of the West Indies (The UWI) Mona campus on Monday defended its decision to quote fees in United States currency saying that it hopes the public debate on the issue “will be the start of a more balanced and focused conversation as a nation on the funding of tertiary education”.

The university said that it has taken note of the “raging debate “concerning its tuition fees and is not insensitive to its students’ realities in this coronavirus (COVID-19) period.

“Our senior management is committed to working with our students to find solutions around the current financing challenges,” it said in a lengthy statement, adding that “despite our financial challenges for more than a decade now, the UWI has continued to be a critical partner in the development process, expanding access to Jamaicans at a very high quality.

“Our student population has moved from approximately 15, 000 ten years ago to approximately 20, 000 today, without a commensurate expansion in funding from our contributing countries. At the same time, we have done our utmost to keep our prices low, to the extent that the UWI provides the most affordable option for the majority of programmes across the higher education spectrum in Jamaica.”

Minister of State in the Ministry of Education, Alando Terrelonge, recently joined calls for the UWI to stop quoting tuition fees for some faculties in US dollars.

The faculties of engineering, law, medicine, and nursing quote their fees in US dollars and students have complained about the significant increase in fees for the 2020/21 academic year.

Terrelonge in a statement said he understood the sentiments that have argued that the UWI should be reducing fees in light of the COVID-19 pandemic, which has hampered students’ ability to earn US dollars due to cancelled overseas summer-work programmes.

“As a major seat of learning, UWI should make sure they’re on the right side of the issues that will define the debates and write the history of the post-COVID era. They need to make sure that they do not become willing partners to the disenfranchisement of our students, robbing them of their education, by adopting financial regimes that only benefit the privileged.

He said while he understood the need and rationale of the university to set their fees against the backing of a so-called international currency, “to account for fluctuations in our own Jamaican dollar, as well as to standardise fees for international students, I am confused as to why the fees cannot be set in local currency and still achieve the same effect,.

“We cannot, as a nation, afford the cultural perception that our currency is irrelevant. Local businesses trade in Jamaican currency and have always made allowances for fluctuations in currency trading rates; why UWI cannot do that is a mystery,” the junior minister added.

Bit in its statement, the UWI said in the last four years cumulatively, “our tuition fees have not increased by 10 per cent across the board.

“It is a testimony of the quality of our teaching and learning, research, administrators, students and faculty that against the background of these financial constraints, our international rankings as a university have been increasing progressively. In the recent Times Higher Education rankings, the UWI placed in the top four per cent of Universities globally, top one per cent in Latin America and the number one university in the Caribbean. Our competitors, with similar programmes, are behind the starting line in this regard.”

The region’s premier tertiary institution said that even whilst it strives to fulfil its role in nation building, “we also continue to be a student-centred university.

“No other University in Jamaica has a more accommodating and liberal approach in terms of facilitating students with financial needs. In fact, over the last three academic years, we have given back to our students approximately JM$2.5 billion (One Jamaica dollar=US$0.008 cents) in scholarships and bursaries, representing approximately 10 per cent of total billings for tuition.

“This of course includes scholarship to the very United States dollars denominated programmes. For instance, although the fee for our medical programme is US$28,000, a significant number of Jamaican students are afforded a 50 per cent bursary upfront. Over the last three years, this has cost the university JM$1.2 billion. The corresponding figures for Engineering and Law are JM$63 million and JM$81 million respectively.”

It said that the fact that the prices of its programmes have not increased and that some of the students might have to pay more due to the devaluation, is of concern to it.

“At the same time, The UWI faces many US dollar costs in delivering our programmes, and the question is how these costs will be met and who will meet those costs. These include but are not limited to Library international subscriptions, software licences, ICT hardware, chemicals and specimens,” the UWI said.

“The debate, therefore, will not be complete without addressing the fundamental question of what is an appropriate model for funding tertiary education, in a developing country where universities play a greater role in the development imperatives of society,” it added.