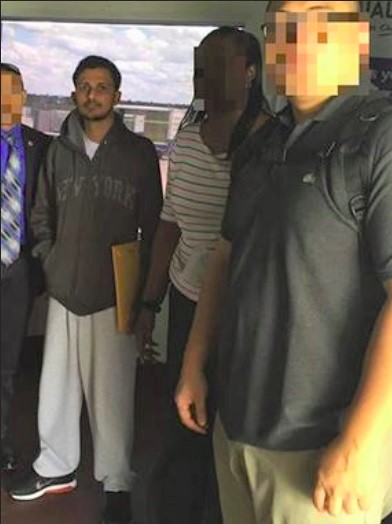 The United States Immigration and Customs Enforcement (ICE) agency says officials from its Enforcement and Removal Operations (ERO) have deported a Guyanese national, who was wanted for murder in his home country.

On Wednesday, ICE said on March 1, ERO deportation officers escorted Anthony Bhupdeo, 25, “who was removed from the United States via a commercial flight.”

“Bhupdeo was transferred into the custody of Guyanese law enforcement authorities upon arrival in Georgetown (the Guyanese capital),” ICE said.

US won’t be a safe haven for criminals

Thomas Decker, field office director for ERO New York, said the removal of Bhupdeo is “indicative of ERO’s resolve in carrying out the laws of our nation. “We will not provide a safe haven for those who commit crimes in their home countries……For those criminal aliens hiding within our New York communities, our message is clear: it’s not a matter of if we will remove you, it’s a matter of when.”

ICE said that on January 2, 2016, Bhupdeo, entered the United States as a visitor, with authorization to remain in the United States until July 2016. Later that month, ICE said Guyanese authorities in the East Demerara Magisterial District, issued an arrest warrant for Bhupdeo for murder and shortly after, in February 2016, the US Department of State revoked Bhupdeo’s visa.

“Bhupdeo failed to depart the United States in July 2016, as required,” ICE said.

In September 2016, ICE said the Homeland Security Investigations (HIS) office in Bogota, Colombia, notified ERO New York that Bhupdeo, may be residing in the New York City and was being sought in Guyana for murder pursuant to an Interpol Red Notice.

In October of that year, ICE said ERO deportation officers arrested Bhupdeo in Woodhaven, Queens, New York, and placed him into removal proceedings and on July 26, 2017, he was ordered removed by an immigration judge, however, he appealed that decision to the Board of Immigration Appeals (BIA).

On February 1, 2018, the BIA dismissed his appeal, “paving the way for his removal to Guyana,” ICE said.

The ICE says that since October 1, 2009, IERO has removed more than 1,700 foreign fugitives from the United States, who were sought in their native countries for serious crimes, including kidnapping, rape and murder.