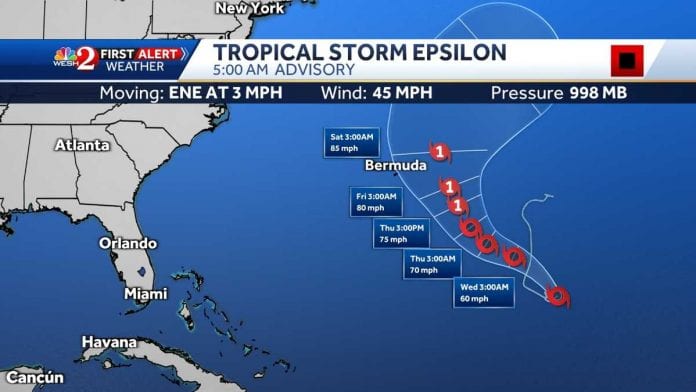 MIAMI (AP) — Tropical Storm Epsilon is expected to be at or near hurricane strength as it gets closer to Bermuda by Thursday morning.

It is still too early to tell what Epsilon’s track and intensity will be once it’s near the island but the U.S. National Hurricane Center said there is a risk of direct impact.

This year’s hurricane season has had so many storms that the Hurricane Center has turned to the Greek alphabet for storm names after running out of official names.