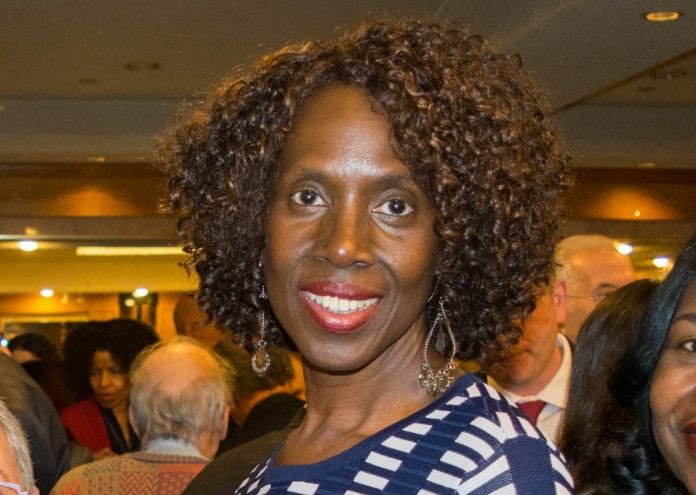 NEW YORK, CMC – The US Attorney’s Office in the Southern District of New York in Manhattan has charged a Caribbean-born justice with conspiracy to obstruct justice and obstruction of justice.

Geoffrey S. Berman, Attorney for the Southern District of New York, said on Friday that the charges against Judge Sylvia Ash, who was born in Trinidad and Tobago to Grenadian and Vincentian parents, stemmed from “a scheme to seek to influence and impede an ongoing federal investigation into fraud and corruption at MCU (Municipal Credit Union), a non-profit, multibillion-dollar financial institution.”

Ash, 62, a Brooklyn, New York resident, is a presiding judge of the Kings County Supreme Court, Commercial Division, and a former chair of MCU’s Board of Directors.

Berman also announced that Joseph Guagliardo, also known as “Joseph Gagliardo,” a former New York City Police Department Officer and former member of MCU’s supervisory committee, was charged separately with embezzlement, fraud and controlled substance offenses “arising from abuse of his position as a member of the supervisory committee.”

Guagliardo was arrested in Brooklyn Thursday afternoon and was presented before US Magistrate Judge Ona T. Wang in Manhattan federal court.

“The charges ….reflect the latest in our ongoing work to uncover criminal conduct at the highest levels of MCU, a multibillion-dollar, federally insured credit union,” Berman said.

“As alleged, Sylvia Ash, a sitting state court judge, took repeated steps to obstruct a federal investigation into significant financial misconduct at MCU during Ash’s tenure as chair of the board of directors,” he added. “Joseph Guagliardo allegedly abused his position as an MCU supervisory committee member to enrich himself and his family.”

From at least in or about 2012 through 2016, while serving as an MCU Board member and while Kam Wong was chief executive officer, Berman said Ash “received annually tens of thousands of dollars in reimbursements and other benefits from MCU, including airfare, hotels, food and entertainment expenses for her and a guest to attend conferences domestically and abroad, as well as payment for phone and cable bills, and electronic devices.

“Even after her resignation from the Board, Wong continued to provide or cause MCU to provide Ash with benefits, such as Apple devices,” Berman charged. “In or about January 2018, after Wong had been approached by federal law enforcement agents investigating potential financial misconduct by Wong involving MCU and in an attempt to protect Wong, Ash agreed to and did sign a false and misleading memorandum purporting to explain and justify millions of dollars in payments that Wong had received from MCU, which was then provided by Wong to law enforcement officers.

“Subsequently, Ash agreed to and did continue to seek to influence and impede the federal investigation in multiple ways, including by (i) concealing and deleting relevant text messages and email messages and wiping her MCU-issued Apple iPhone in a further effort to destroy and impair the availability of evidence that had been sought by federal grand jury subpoenas, and (ii) making false and misleading statements to federal law enforcement officers in interviews conducted as part of a federal criminal investigation,” Berman added.

In December 2018, Berman said Wong pled guilty to a multimillion-dollar embezzlement from MCU, “and acknowledged, in his written plea agreement, among other things, endeavoring to obstruct and impede and obstructing and impeding the administration of justice with respect to the criminal investigation into this matter, and agreeing with one or more others to do the same.”