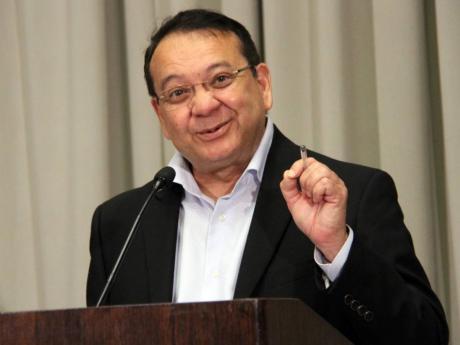 Trinidad and Tobago’s Energy Minister Franklin Khan died Saturday at his home of suspected heart-related problems, his relatives have confirmed.

Prime Minister Dr. Keith Rowley paid tribute to Khan, describing him as “a patriot and son of the soil.”

A statement issued by the Office of the Prime Minister noted that Rowley, who is recovering from the coronavirus (COVID-19) had extended “his deepest condolences” to Khan’s family.

“Minister Khan served in the Cabinet as Minister of Energy and Energy Industries. The Prime Minister is extremely saddened by the passing of his colleague and friend who will be remembered as a man who dedicated his life to public service. Dr Rowley mourns the loss of a patriot and son of the soil,” the statement said.

No official reason has been given for his death, but Khan had been undergoing treatment for years for heart diseases and in 2017, he went on leave after having a procedure done for heart-related issues.

The Government said then that Khan’s surgery was successful and he would remain on leave while he recuperated. In April 2020 he underwent another medical procedure.

Khan was first elected as a legislator in 2002. He was then appointed Minister of Works and Transport, a position which he held until May 2005. Following the 2015 general election, Khan was made a senator and appointed Minister of Rural Development and Local Government on September 11, 2015.

He was a petroleum geologist by profession, having spent 20 years in the energy sector both locally and abroad in a wide range of positions both at the technical and managerial levels.

Professionally,  Khan served as president of the Geological Society of Trinidad and Tobago, director of the Water and Sewage Authority (WASA) and chairman of National Petroleum Marketing Co. Ltd. (NPMC).

The man opposition United National Congress (UNC), which last month unsuccessfully moved a motion of no confidence against Khan, said that he had “dedicated much of his life in service to his country, and his contributions over a period of almost two decades as a Member of Parliament, a Minister of Government in varying capacities in two PNM administrations and as a Senator, are laudable.

“On behalf of the United National Congress and my own behalf, I offer sincere condolences to the family, colleagues, and friends of Mr Franklin Khan. I pray that they can find peace and comfort during this difficult time,” Opposition Leader Kama Persad Bissessar said in a statement.

Khan is survived by his wife and two children.