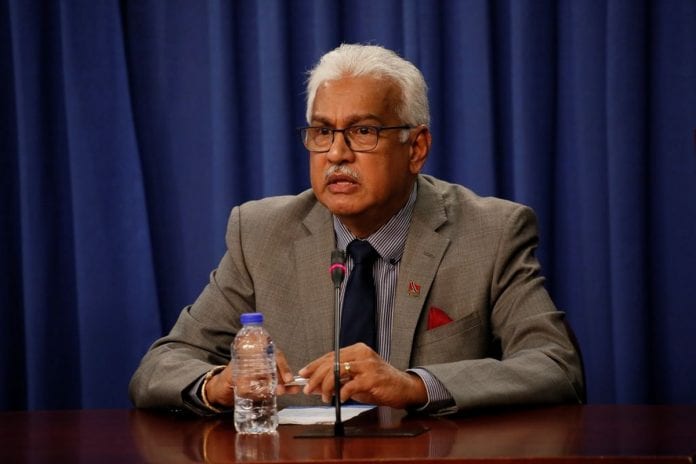 Trinidad and Tobago Wednesday announced additional measures aimed at curbing the spread of the coronavirus (COVID-19) after health officials disclosed that the country had been recording “more and more cases on a daily basis”.

Health Minister Terrence Deyalsingh said that in addition to the measures that had been outlined last week and were due to have expired on Wednesday. Deyalsingh said the new measures coupled with the existing ones will expire on May 16.

He said the increase in cases can be seen across the entire country, noting also that in some areas there has been an “explosion as compared to other areas.

“There is the upward trend and the surge, we are worried about,” Dr. Hinds told reporters.

Last week, the government announced that there would no longer allow in-house dining in restaurants, bars, casinos and cinemas as well as the closure of beaches across the country.

The authorities said also that there would be a reduction in public gatherings from 10 persons back to five and urged persons to continue to follow the health protocols, including the wearing of masks and social distancing.

Deyalsingh in announcing the new measures, said the position had agreed upon following discussions between health experts, national security personnel, chaired by Prime Minister Dr. Keith Rowley, who is in isolation after having tested positive for the virus.

“We as a government have a solemn duty to protect the population, protect the most vulnerable, especially the elderly, “he said, adding that the new measures will g into effect from Thursday.

“The public service will revert to 50 percent on a rotational basis,” he said, adding “this will have the effect of taking a few tens of thousands of persons off the transportation grid and collecting in offices because you would have heard in the past that office spread ….is one of the areas.

He said places of worship, which we know from empirical data and contact tracing for the past two to three months, will be reduced from Thursday by 50 percent capacity to 25 percent capacity.

“Services, prayers will still be at 90 minutes, the only thing we are asking is that it be reduced from 50 to 25 percent,” he added.

Deyalsingh said weddings and funerals will now be limited to 10 persons, adding “we know that this is a difficult time but in trying to prevent spread we are all our brothers’ keepers.”

Newly appointed National Security Minister, Fitzgerald Hinds, said that he would be meeting with the hierarchy of the police service to ensure that persons comply with the laws regulating the pandemic, adding that those who fail to do so would likely “feel it in their pockets

“I give you the assurance and here I inform the national community this is where we are at and we expect the police to take action to enforce these regulations for the good and benefit of every single one of us,” he said.