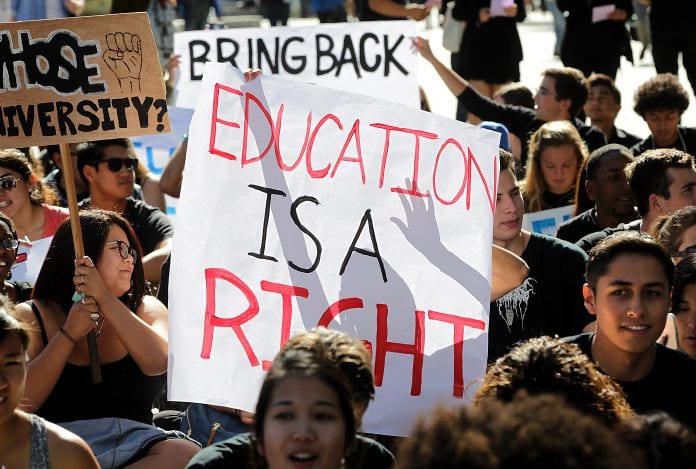 A bill that will seek to reverse a 2014 law that is beneficial to non-US citizens who live and attend colleges in Florida, will be up for debate when the state legislature convenes on March 7.

That date also represents the deadline for state legislators to file or introduce new bills, but already some bills have been introduced which are creating concerns among some Floridians.

But the bill that concerns several Floridians, is one proposed by State Republican Senator Greg Steube of Sarasota. This bill, seeks to reverse the 2014 law.

Prior to 2014, students attending Florida colleges who were not legally documented citizens were required to pay the much more expensive out-of-state tuition fees despite growing up and living in Florida. The state offers a discount of approximately one-third of the tuition fees paid by students who are not residents of the state.

Following appeals from immigration advocates and university officials, the Florida Legislature in 2014, passed a bill into law enabling students who were not US citizens but lived in Florida for over a year, eligible for in-state tuition.

According to Jasmine West, the Caribbean-American mother of Kevin and Keneisha West, before the 2014 law was implemented, she was unable to meet the cost for sending the 23-year old twins to FIU. “Paying in-state tuition costs approximately $9,000 less for each child. It would be devastating if the law is reversed, and woefully unfair for students who live in Florida for almost all their lives to pay more expensive out-of-state tuition fees.”

Steube wants the 2014 law to be revoked, because he believes it offer rewards and incentives to illegal immigrants.

The bill proposed by Steube is expected to receive strong opposition from Democrats, and even some Republicans in the state Legislature, most college administrators, who regard any Florida resident paying out-of-state tuition as unfair, and immigration advocates.

Immigration attorney, Claudine Metcalfe of West Palm Beach, says, “It’s very frustrating to learn that a state senator plans to reopen this extremely unfair measure. The law has been implemented for two years allowing hundreds of very qualified students to afford college education, when before they couldn’t. The colleges support and the majority of state legislators support this measure, so why is this senator trying to revert to an unfair system?”

According to the Florida Coalition of Immigration, over 3,000 undocumented students who reside, and attend colleges, in Florida have benefitted from the 2014 law.

According to a report, over 400 college presidents nationally, including some in Florida, have written to the US Immigration and the Trump transition team supporting children of undocumented immigrants, advocating that they remain and attend college in the US.