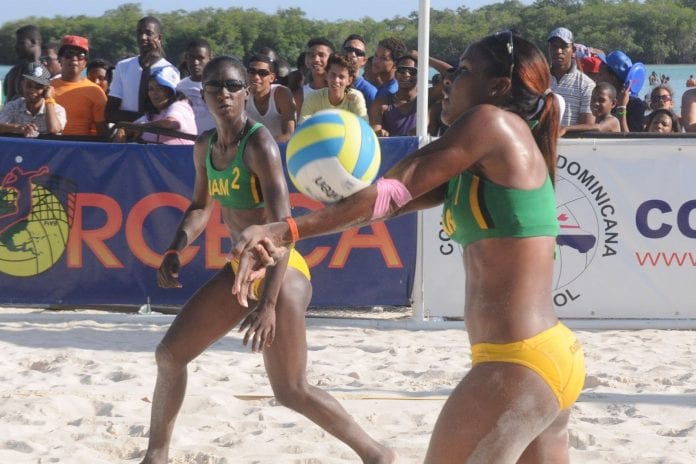 Team advances to 4th round of qualifiers

The Jamaica Women’s Beach Volleyball Team will advance to the final round of Olympic Qualifiers in Acapulco, Mexico next month, following their recent double victories in the third round of the Beach Olympic Qualifications in El Salvador recently. 12 teams from the region were competing for an Olympic spot in the North Central America and Caribbean Volleyball Confederation (NORCECA) Olympic Games qualification.

The team of Sashalee Wallen, Kai Wright, Alicia Malcolm, and South Florida’s own Danielle Perry neatly defeated both St. Lucia and Trinidad and Tobago for the coveted spot. They won against St Lucia 16-5 in a golden set, with the pair of Perry and Wright winning the all-important set after the teams were tied. They then overcame Trinidad & Tobago 3-2, after being forced into a third and deciding set.

The team went on to finish in 4th place, just barely missing out on the bronze medal after losing to Nicaragua. Jamaica is the only Caribbean team to finish among the top four, among Costa Rica, Guatemala, and Nicaragua. The top four finishers are guaranteed to compete in the final Olympic qualifying round.

LIAT to Return to the Skies on November 1