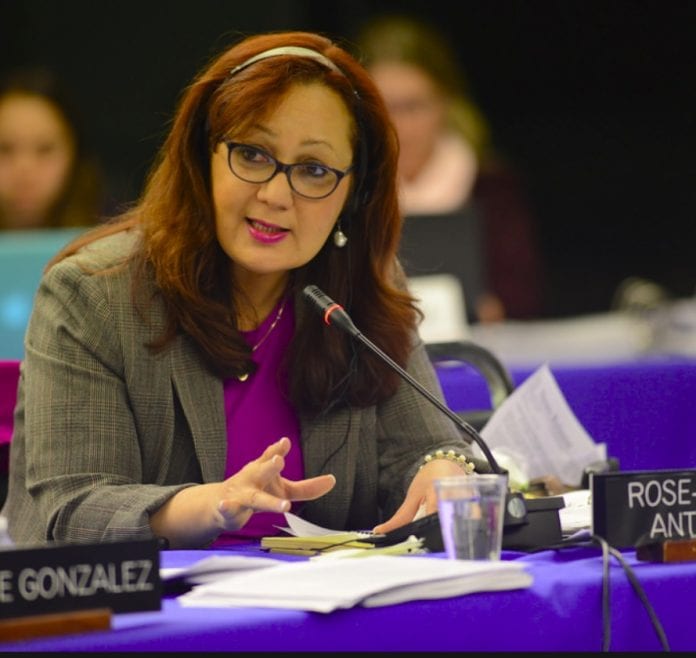 The chairperson of the CARICOM Regional Commission on Marijuana, Professor Rose-Marie Belle Antoine, says there’s much support across the region for the decriminalization of marijuana.

Speaking at a National Cannabis Rally in Trinidad and Tobago on Sunday, Belle Antoine, the Dean at the Faculty of Law at the St. Augustine campus of the University of the West Indies (UWI), said that “the vast majority of the people…whom we have spoken to….want law reform.

“They want the law to change. There’s overwhelming support. What is clear is to move away from the prohibition and certainly to move way from criminalization,” she told supporters of the All Mansions of Rastafari (AMOR) organized rally.

Earlier this year, the CARICOM Regional Commission on Marijuana recommended that marijuana be legalized and regulated, much like alcohol.

“The analysis of the comprehensive information gathered indicates that the current legal regime for cannabis/marijuana, characterized as it is by prohibition and draconian criminal penalties, is ineffective, incongruous, obsolete and deeply unjust,” states the report, which was produced after four years of research across the region.

“After considering the most up to date evidence and the views of Caribbean peoples, the Commission is unanimous in its view that the status quo with respect to the legal regime governing cannabis/marijuana cannot be maintained and legal reform should be a priority for member states,” the Commission noted.

But the Commission was unanimous in its view that children and young persons must be protected from possible adverse effects of cannabis.

Evidence of support for decriminalization

Speaking at the rally, Belle Antoine said in Grenada 61 per cent of those polled in 2018 said “we should change the law, 62 per cent in Antigua, Barbados was also in the 60s. In Jamaica where they have changed the law it is now in the 90s of those who approve of the law reform. So that means it is working well,” she said,

She recalled one of her “most vivid memories in Barbados where we had the national consultation was when we had a group of mainly elderly persons, many of them women in wheel chairs who came to the public consultation and begged us ‘please, please change the law because we want to be able to use cannabis for our medicinal means…”

Jamaican-born gynecologist and medical cannabis advocate, Dr. Anthony Pottinger said decriminalization of marijuana is an important step, noting “we have been toiling in the vineyard for a long time and it would seem like to deaf ears. So we are very encouraged when Trinidad’s Prime Minister (Dr. Keith Rowley), a couple months ago, came out and sounded very positive with respect to moving this thing along and especially criminalising the youth”.

Last month, Rowley told supporters of the ruling People’s National Movement (PNM) that in 2019, his administration would examine legislation regarding marijuana use after indicating that it largely accounts for the imprisonment of young men from certain communities.