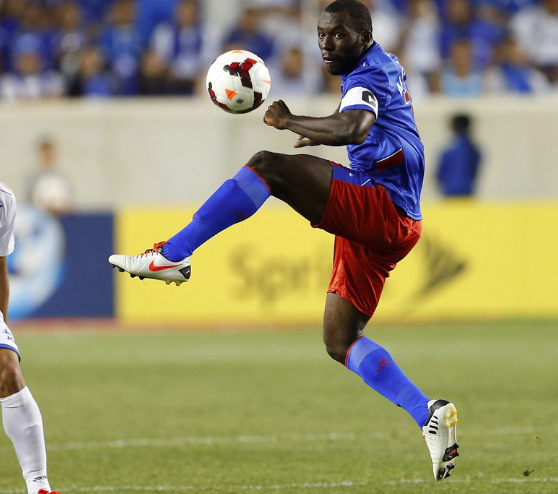 Fort Lauderdale Strikers midfielder Jean Alexandre has been called up by the Haiti Football Federation for 2018 FIFA World Cup Qualification matches against Panama. Alexandre will link up with the Haiti national team for qualifiers against Panama on March 25 in Port-au-Prince, Haiti, and March 29, in Panama City, Panama.

“We are very happy that Jean will participate in these important World Cup qualifying matches for his country,” said Strikers Head Coach and General Manager Caio Zanardi. “Jean is an important player and leader for both the Strikers and Haiti. We wish him the best of luck with his national team.”

Alexandre, 29, has earned more than two dozen caps for Haiti. The midfielder has represented his country at three major international tournaments, including once as captain: the 2013 CONCACAF Gold Cup.

“[Playing for Haiti] means the world to me,” said Alexandre. “As a little kid I always dreamed of representing my country, and to get the opportunity to do so is a blessing. I’m very excited for the fact that we’ve qualified for the Copa America and hopefully we can do the double and qualify for the World Cup.”

Alexandre will report to the national team on March 20, following his return from the Strikers preseason tour of China. The midfielder returns from national team duty in time to participate in the Fort Lauderdale Strikers’ 2016 North American Soccer League season opener on April 2 at Lockhart Stadium against league newcomers and regional rivals, Miami FC.

Alexandre signed with the Fort Lauderdale Strikers in February of this year.

“The addition of Alexandre gives us a number of options in midfield,” said Head Coach and General Manager Caio Zanardi. “He is a strong player; comfortable shielding the defense or playing higher up the field, with great experience in the U.S. and at the international level. We expect him to make a big contribution to our team are excited to have another player with local ties and international pedigree on our roster.”

In 2008, Alexandre represented his country of birth for the first time in a friendly match against Honduras. A mainstay of the national team, Alexandre was captain of Haiti at the 2013 Gold Cup.