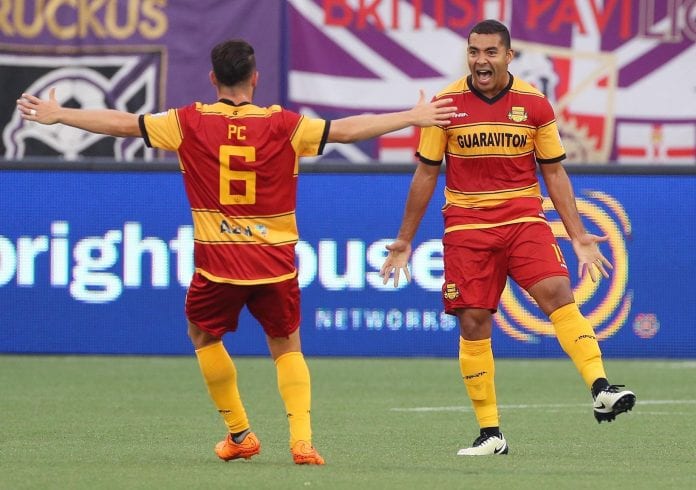 The Fort Lauderdale Strikers are leaving their home stadium at Lockhart Stadium to relocate to the Central Broward Regional Park in Lauderhill.

The field that the team has called home for nearly 40 years is going to be taken over by a private company using the field as a water park which has brought on some concern from Rapids Water park in Riviera Beach. The Strikers will play their last game at the park July 30 against the Jacksonville Armada and debut at the Lauderhill sports park on August 20, when they host Ottawa Fury FC.

The Strikers, whose lease at Lockhart runs until December 31, say the move is necessary due to the neglect of major improvements needed at the field. Since 2015, members say it has made only minor improvements to Lockhart, including a video board, upgrading the press box and the PA system and renovating seating areas. Team players sat that the field and attached buildings needed major work done to the core of the building including new locker rooms, a stadium roof, and repairing the concrete structure itself.  The remote 57-year-old venue may have seemed unnecessary with the prospect of a   $70-million Schlitterbahn Water Park proposed for the 64 acres of city-owned land. The Schlitterbahn master plan includes revamping Lockhart into a state-of-the-art venue. The Strikers would sublease the stadium from the water park operator, meanwhile, using the Lauderhill location as a home.

The Schlitterbahn proposal presented to the city has two phases. The focus of the first phase is building the water park and $40-million hotel lodgings. Once those are complete, which is expected to take two years, plans for a possible Phase Two sports park would redevelop the surrounding property adjacent to the Fort Lauderdale Executive Airpark into four public soccer fields. The Strikers have used Central Broward Stadium as a training facilities since January and now they will use it as a more permanent fixture adding to the hype of the Caribbean Premier League matches scheduled to take place this weekend.

Florida’s Average Gas Price is Under $2 a Gallon for the...