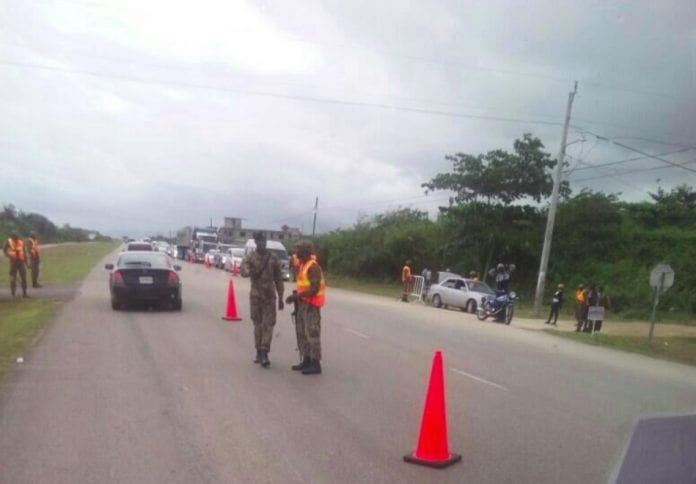 The Jamaican senate have given the nod for the State of Public Emergency in effect in the western parish of St. James to continue for another three months, until November 1.

Last week, Members of the Senate unanimously approved the extension under the Emergency Powers (Continuance) (No. 3) Resolution, 2018. The previous week,  the Lower House voted in favor of the extension.

The State of Public Emergency was first declared in St. James on January 18 by Prime Minister Andrew Holness and has been extended twice since then.

Building on the foundation

Minister of State in the Ministry of Foreign Affairs and Foreign Trade, Senator Pearnel Charles Jr., who moved the Resolution, said the State of Public Emergency is not intended to continue forever, but the extension is needed “to build on the foundation that has been created so that crime becomes more manageable and normal policing can be utilized.”

“We need to construct a safe and stable environment for our citizens, but we won’t get there overnight. We need more time so that the law enforcement and security personnel can effectively dismantle these criminal elements,” he said.

Noting that the State of Public Emergency has contributed to a reduction in crime, he informed that during the period January 1 to July 21, there were 55 murders in St. James, which reflects a 67.3 per cent decrease when compared to the corresponding period in 2017.

“What this means is that there have been 113 less murders in St. James. Moreover, the average daily murders have fallen from 4.65 to 3.44 per cent,” he said, pointing to a 56.6 per cent reduction in shootings for the same period.

Up to June 30, a total of 2,729 persons were detained of which 175 were charged for various crimes, including 20 persons charged as gang leaders or members.

Additionally, 46 firearms were recovered and many of these were directly linked to gang leaders and members. On July 13, a significant person of interest was intercepted and arrested at a checkpoint in St. James.

Noting that the enhanced security measures are working, Senator Charles Jr. said the citizens of St. James, the security forces, tourism stakeholders and business people “are calling for more time.”

“They have (said) that they feel safer and their well-being is more protected. The residents in St. James have been steadily increasing in confidence, and are more trusting of the security forces and this trust and confidence has directly translated to more and more information being given on the whereabouts of criminals and their weapons,” he pointed out.