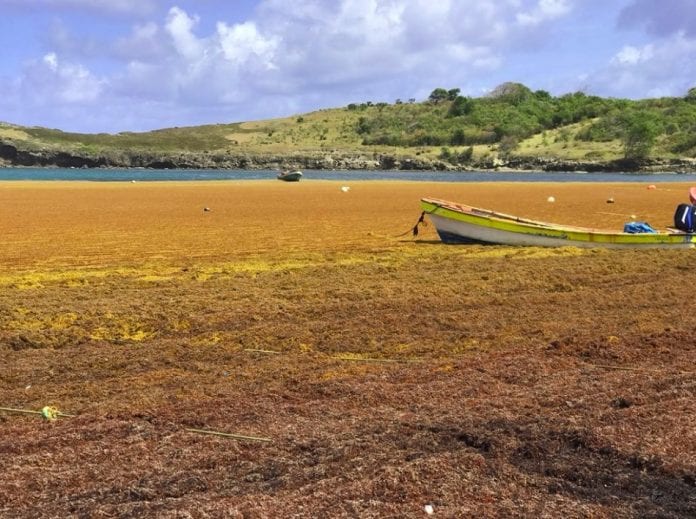 The Prime Minister of St. Lucia, Allen Chastanet has outlined measures being undertaken to deal with the Sargassum seaweed problem affecting several coastal communities in St. Lucia and the wider region.

He told reporters on Wednesday that the problem has especially affected several hotels which have been forced to close due to the build-up of seaweed on the beaches. ‘The stuff that is already been backed up, we have been collecting it and burying it,” the Prime Minister told a press briefing.

He also disclosed that government will be assisting a young St Lucian entrepreneur who has been converting the Sargassum into fertilizer.

Chastanet said if the initiative works as well as is hoped, a few more plants can be added.

“What we do know is that Sargassum is not going away and all indications are that it will continue to grow. This is a new expense that we are all having to incur. “I am hoping that what we are going to do, in terms of allowing it to come in, is to cultivate it, meaning we train people. It takes about one week to train them, to clean [the seaweed] off and then to be able to bring it up,” Chastanet explained.

“We have to see whether the economics of doing it will work out – the transportation, the labor and then the water that is going to be required to process it.”