South Florida reacts to Obama’s last “State of the Union” 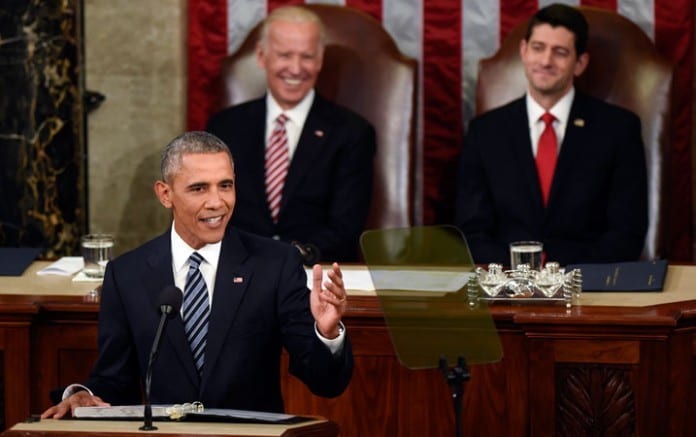 President Barack Obama’s last “State of the Union” may have had a vastly diverse effect on TV viewers in the Caribbean-American community. However, there was consensus from supporters across party lines regarding Obama’s call to “fix our politics.”

“I thought the speech was another example of Obama’s unrealistic rhetoric,” said local Young Republicans member Courtney Jasper, 24, of Sunrise. “But I agree with him that America is too divided politically. This is where I want to see the change he’s been speaking about.”

On the other hand, Abdulla Ali, a Muslim resident in Miami Gardens said he was proud of the president’s “unflinching” support for Muslims on Tuesday night. Ali said he was particularly proud in Obama’s statement that “when politicians insult Muslims, that doesn’t make us safer.”

“We’re going to need a national coalition to remove the bigotry among some American politicians and some people,” says Ali.

Another South Florida Muslim resident, Rachel Shabazz, said the president was most effective when he urged Americans to “reject any politician that targets people because of race and religion.”

“There is too much hatred existing in our communities because of racial and religious hatred,” says Shabazz. “If the county is to progress, we the people must be vigilant to put a stop to it.”

Florida House Democratic candidate Roxanne Valies says she was most impressed by Obama’s call for Americans to heed the opening words of the American Constitution – “We the People,” which demonstrates the “power in our collective voices and votes.”

Though Palm Beach County Republican organizer Perry Cujoe says “there’s plenty I disagreed with in Obama’s speech,” he also “agree[s] the political system in America need changing. Like the president said, if we want a better politics, it’s not enough to just change a congressman or a senator or even a President; we have to change the system to reflect our better selves.”

“One of the regrets of his presidency is the “rancor and suspicion between the political parties got worse,” says Steele. “If he succeeds in ending this divisive rancor, it would be a great achievement.”