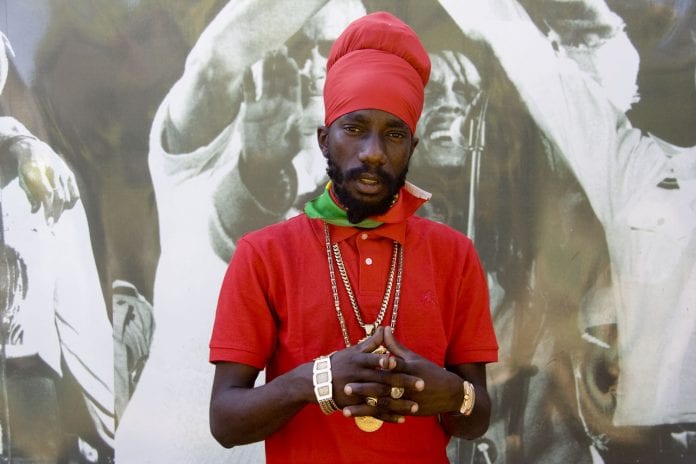 When news of the Grammy nominated Reggae artist, Sizzla Kalonji, gaining entrance into the U.S was announced, social media was full of fans highly anticipated for him to announce a performance schedule. His return to the U.S after getting his Visa renewed last month drew buzz to whether he would perform at the Reggae on the River Festival in California, which he did.

Sizzla, born Miguel Collins, and The Fire House Band will make their way to the East Coast starting in Florida with a four city mini-tour including stops in Ft.

Lauderdale, Orlando, Jacksonville, and Tampa Bay. Ft. Lauderdale fans will have the opportunity to be the first to see Sizzla after his U.S hiatus inside Revolution Live (America’s Backyard). Doors to the concert open at 6 p.m., with show time starting at 9 p.m.

“This will be the highest anticipated show for any Reggae artist next to Buju Banton’s final performance in Miami before his sentencing. The fans are yearning for Kalonji, and we’re proud to bring him to Florida,” said event organizer, Drew Minott.

The living legend has 70 albums under his belt, with his first musical steps as a singer for Caveman Hi-Fi, his energetic style and spiritual lyrics earned him acclaim with his 1995 debut album “Burning Up”, while the 1997 follow-up “Black Woman & Child” was an international breakthrough. Tickets for the event are available at local Caribbean ticket outlets, Revolution Live Box Office, and can also be purchased online via Ticketmaster.