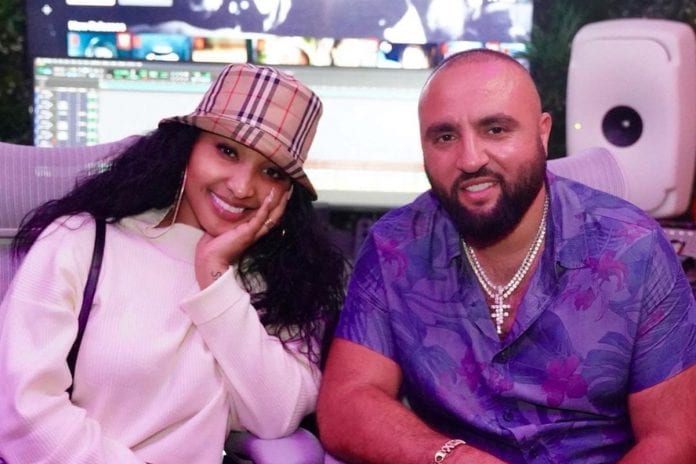 The “Blessed” singer made the announcement on Monday, July 12 as she officially confirmed that she is no longer a part of the Romeich Entertainment camp.

In a post shared on Instagram, Shenseaa introduced her manager Wassim Slaibly, cofounder of the XO Record label with The Weeknd, who he also co-manages as XO’s primary artiste.

The singer updated her more than 4 million ShengYengz followers about the move, which appears to have happened earlier this year.

“Allow me to introduce my new manager @Salxo. I am happy to have one with such a dynamic character on my team! We are about to unfold a new chapter! More hard work, more determination but with the same God. Let’s go XO”.

Shenseea was the first female artiste to be signed by Romeich Entertainment in 2016 when the company’s owner and Shenseea’s former manager Romeich Major announced that the brand, which was based solely on event production, fashion, artist management, and booking, was now going to branch out into music production.

Romeich has not confirmed or revealed any further details surrounding the new arrangement with Shenseea. This is the second artiste that has left the camp within the space of a month as Shenseea’s split comes following that of Teejay in June of this year.

Shenseea has been in the United States recording for her debut album. She has not revealed the name of the album or who the possible features are. It’s expected that her album will feature several genres of music, including a mix of dancehall and rap especially as she mingles with the best in the rap and hip hop industry such as London On The Track.

Slaiby is noted as a successful manager in the industry with some big-name artistes and producers under his guidance like Doja Cat, The Weeknd, French Montana, Metro Boomin, London On Da Track, Ty Dolla $ign, Nav, and Swedish House Mafia.`