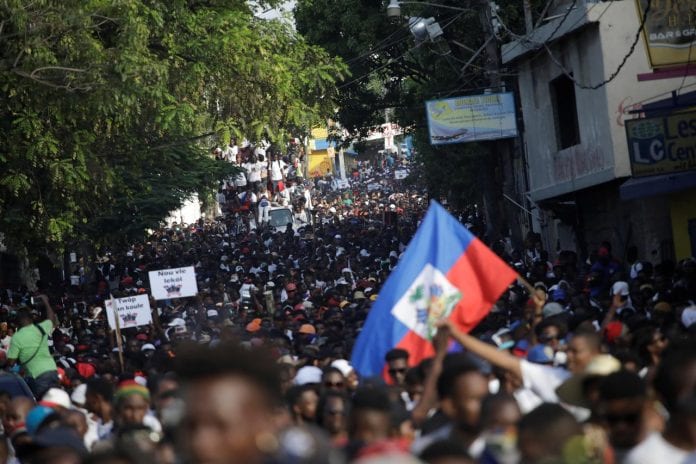 PORT AU PRINCE, Haiti, CMC – More than 200 foreign-based human rights groups are calling for the resignation of President Jovenel Moise whom the opposition has accused of corruption.

In an open letter to the Haitian people, the human rights groups from more than 20 countries, including Guatemala, Honduras, Martinique, Mexico, Panama, Dominican Republic and Trinidad and Tobago, said they were expressing their solidarity and support in their quest for the resignation of Moïse.

Among those signing the letter is the Argentinian Nobel Peace Prize winner, Adolfo Pérez Esquivel, who won the prize in 1980 for his work on human rights in Latin America.

“From the four corners and the most diverse sectors of our American continent, we wish to express our solidarity and support for the fight you are waging, both on the streets and in other ways, for just and urgent demand,” they wrote.

“This is a claim that rises like a deafening cry, calling for the resignation of President Jovenel Moïse, his government and his parliament because they no longer have any legitimacy and ability to govern. We make your claim to the UN, the OAS, the governments of the United States and the entire Core Group,” the human rights groups wrote adding “we demand from these powers that they abandon their mistaken qualification and their demonization of Haiti and respect your right to self-determination”

In addition, the human rights groups say they are opposed to the deployment of the United Nations Integrated Office in Haiti (UNHIB) a new special political mission from October 16.

On Monday, the United Nations Secretary-General, António Guterres, named former United States State Department official, Helen Meagher La Lime, to head the new unit that is s expected to work on issues concerning elections, which have been delayed due to political turmoil.

The opposition parties have accused Moise of embezzlement, but the head of state has defended himself against the report of the Superior Court of Accounts and Administrative Litigation (CSA/CA) into programmes and projects funded by the PetroCaribe, an oil alliance of many Caribbean states with Venezuela to purchase oil on conditions of preferential payment.

The report found that significant shortcomings have been associated with the planning and implementation of development programmes and projects funded by the PetroCaribe Fund.

Over the past five weeks, opposition supporters have taken to the streets in support of their demands for Moise, who came to power in 2017, to resign. 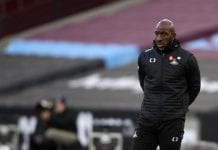