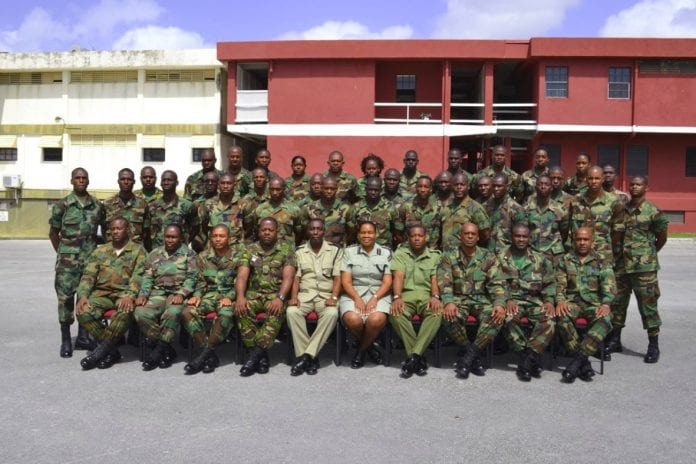 The category five hurricane swept over the island on September 18, killing at least 29 people leaving behind billions of dollars in damage to infrastructure, destroying an estimated 90 per cent of the housing stock and downing power lines.

Troops from the RSS, had been on island since September 20, providing relief supplies and rendering assistance in law enforcement, among other areas.

They returned to Barbados on board the Barbados Coast Guard vessel, HMBS Leonard C Banfield, which made the initial voyage, and were greeted by Barbados Defence Force (BDF) Chief of Staff Colonel Glyne Grannum.

“Your contribution has been significant, valued and highly appreciated especially given your last effort, the last chapter, in which you lot would have sacrificed Christmas and a significant portion of the holiday season with your families, your loved ones, in order to render service and to do what was required to help Dominica back on its feet,” Grannum told the troops.

He added that rehabilitation efforts are ongoing, even though the RSS members have returned home.

The RFF is backed by the Caribbean Disaster Emergency Management Agency (CDEMA)  and Grannum said planning is all the more critical, given that the next hurricane season begins in the six months.

“So going forward we are determined to continue to assist Dominica as is required with specific items and to include wider readiness within the RSS and within the CDEMA mechanisms for our regional effort.”