Richard Byles: The New Governor of the Bank of Jamaica 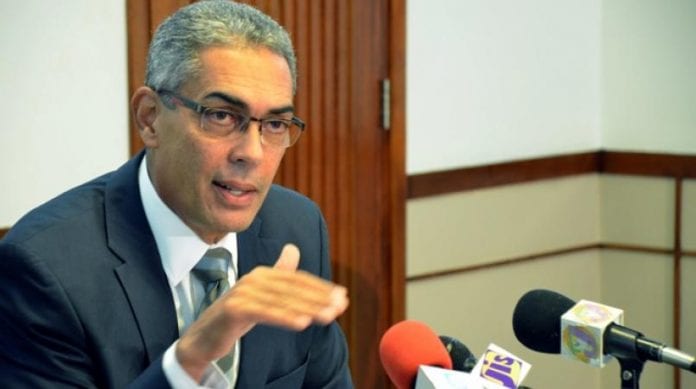 Byles, the former CEO of Sagicor Jamaica, will officially begin his new role as Governor on August 19, 2019.

In announcing Byles’ new role, Minister Clarke stated “I’m very pleased that the search process has yielded an eminently qualified, experienced and credible leader in Mr. Richard Byles to succeed Mr. Brian Wynter as Governor of the Bank of Jamaica.”

As Governor, Richard Byles will head the Bank’s Board of Directors, as well as act in the position of Chief Executive Officer of the Bank.

While the role is a massive step-up, Byles is no stranger to CEO and Chairman positions, having spearheaded several corporate business and finance companies in Jamaica.

An Accomplished Career in Business and Finance

Richard Byles, 68-years-old, has dedicated both his academic and professional career to national building and finance. His BSc. in Economics from the University of the West Indies and Masters Degree in National Development from the University of Bradford, as well as his many years of experience, have equipped him with the skills to balance economics with the needs of the country.

During his 40 -year career, Byles has served on boards of both private and public business companies and organizations, building a reputation as one of the most outstanding corporate leaders in Jamaica.

He has also served as the Vice-President of the Insurance Association of Jamaica, Chairman of Red Stripe, and Director on the boards of several other corporate companies.

One of this most pivotal role in the public sector has been Co-Chairman of the Economic Program Oversight Committee (EPOC) which was formed to monitor Jamaica’s performance under its IMF agreement. Byles was one of the key players involved in the country’s success in the recently concluded IMF program.

In a 2015 interview with the Jamaican Observer, Byles attributed his joy of working with people as one of the reasons for his success as a corporate leader. This is a very important factor, as the Bank of Jamaica has a very large staff complement.

In that interview, he said, “If you are going to be a great leader you must actually love people, and find it a joy to work with people.”

“Being able to relate to people is vitally important,” he said.

Richard Byles has also served as a major organizer of the annual Sigma Run one of the largest charity events in the Caribbean whose proceeds benefits the Jamaica Cancer Society and other local charities.

When he finds the time to be away from his corporate duties Byles likes to drive along the roads of Jamaica. In another interview with another Jamaican newspaper, the Jamaican Gleaner in 2018 he expressed his love for cars. In that interview, he confessed his love for BMW’s, and his passion for taking a spin on Jamaica’s North-South highway.

He is married to Jacinth and the couple has two sons Yannick, and Pavel.