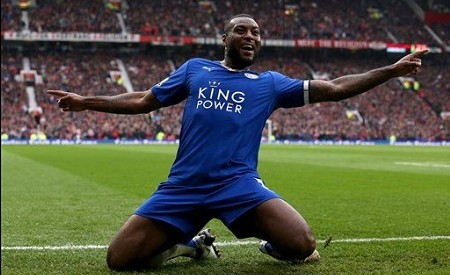 LEICESTER, England, CMC – Veteran Jamaica international, Wes Morgan, scored his second goal in as many matches for Leicester City as they dominated Bournemouth 2-0 in the English Premiership on Saturday, to continue their pursuit of a Europa League spot.

The 35-year-old central defender, who earlier this month signed a new one-year contract, produced a deft back heel in the first half to give Leicester a 1-0 lead at the break at the King Power Stadium, before England striker Jamie Vardy added a second goal late on.

With the victory, Leicester moved eighth in the table, tied on 44 points with seventh-placed Wolves.

Morgan, who netted a dramatic injury-time winner against Burnley in the final match before the international break, extended his goal-scoring form when he put the hosts ahead in the 11th minute with a daring back heel.

The goal drew praise from new manager Brendan Rodgers, who also notched his third win since taking over at the East Midlands outfit late last month.

“He probably won’t have scored too many back-heel goals in the box in his career. I’m very pleased for him,” Rodgers told reporters afterwards.

“The big guy’s been brilliant. He’s fit, he’s strong. You’ve seen him today (Saturday) – he has comfort. He plays simple, 10, 15 metres and help the team build the game. We know he can defend, he’s a brilliant defender.”

Vardy sealed the points for Leicester when he headed in Youri Tielemans’ cross in the 82nd minute.

Morgan was a member of the Reggae Boyz side which reached the final of the CONCACAF Gold Cup in 2015 before losing to Mexico.