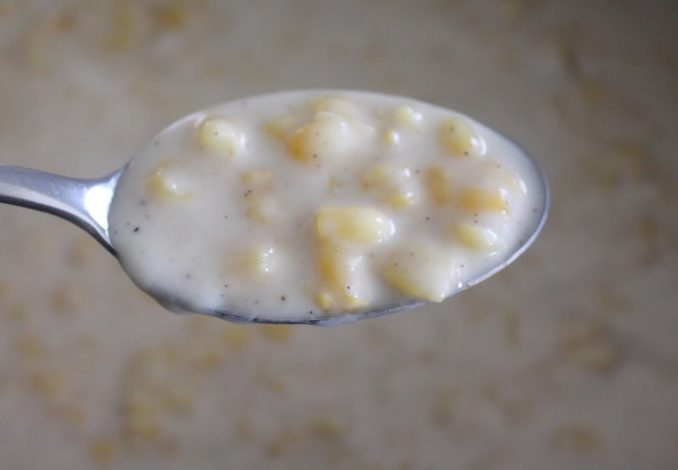 Hominy Porridge is a traditional staple among breakfasts for Jamaicans.

The main ingredient in this porridge is hominy corn, which are dried, hard corn kernels. This type of corn is commonly used in the US to make grits, but in Jamaica the healthy carbohydrate is used to create a creamy, sweet, hot porridge meal.

Lorna’s Catering, one of Kingston’s most popular takeout breakfast and lunch spots, which has been featured on the Travel Channel and HGTV, gives away a free cookbook on its website, containing a bevy of traditional Jamaican recipes – including the widely loved Hominy Porridge.

Here is the restaurant’s recipe for the tasty breakfast meal.

“The best version of Hominy Porridge is a creamy one where the corn kernels are soft and properly boiled down to a melt-in-your-mouth consistency. That is achieved by cooking the corn in a pressure cooker for just the right amount of time,” the Lorna’s Catering cookbook says.

The cookbook also goes on to share, “Don’t skimp, but don’t overdo, on your spices! Cinnamon, nutmeg and vanilla are super important for a tasty hominy porridge.”

How to make Traditional Coconut Milk

The timing for the recipe is based on using cracked corn.