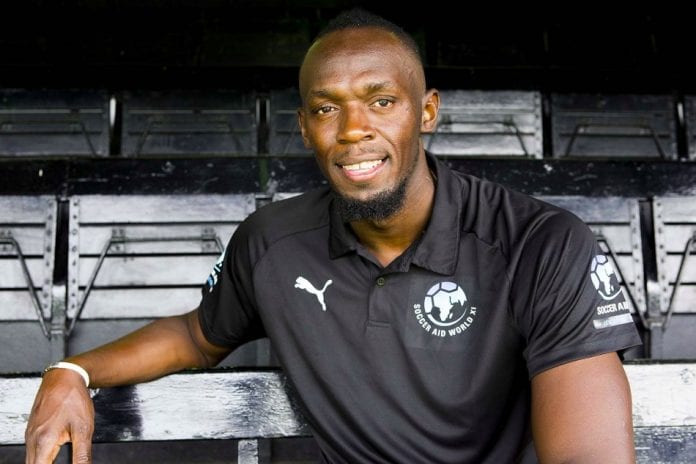 Despite losing a recent celebrity charity match at Old Trafford 4-3 on penalties, Jamaican Olympian Usain Bolt and his PUMA World XI raised millions for the charity.

Bolt, who scored in the penalty shootout after the teams played to an enthralling draw, was possibly the biggest drawcard for the game that included a number of celebrities and former footballers.

The draw was big as UNICEF was able to raise a record-breaking £5,540,259 or over USD 6 million from the event.

Soccer Aid for Unicef, as the event is known, is an original pro-celebrity charity football match founded in 2003, that this year featured stars like Sir Mo Farah, Robbie Williams, Gordon Ramsay and Damien Lewis plus footballing legends including Eric Cantona, Clarence Seedorf, Jaap Stam, Edwin Van Der Sar and Patrick Kluivert. Since 2003, Soccer Aid has raised £24 million, but never had the event brought in as much as the day Bolt led the World XI team onto the pitch.