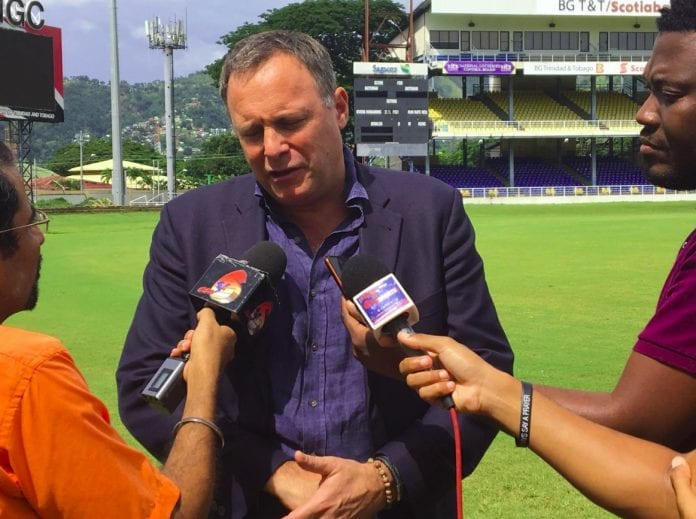 Chief Operating Officer (COO) of the Caribbean Premier League (CPL) Pete Russell has thrown his support behind a proposal which would limit the number of T20 competitions players can participate in.

Due to a notable increase in T20 competitions around the world, the game’s governing body, the International Cricket Council (ICC), is reportedly looking to enforce a three-league cap on players.

The decision has reportedly been backed by the majority of Full Members.

At its annual conference in Dublin over the weekend, the Chief Executive Committee (CEC) and the ICC Board discussed the issue and a broad consensus emerged that if players were allowed to participate in any number of leagues, it would affect international bilateral cricket.

The move is likely to hit West Indian cricketers the hardest as they are the most popular presence among the many global leagues. The ICC is also reportedly considering making the process of obtaining necessary permissions for hosting T20 leagues in Associate Nations tougher.

“First, I think it’s a good idea. I think there are too many leagues creeping up, and I think some of these Associate Members who are allowed to host leagues, like the Canada league…in my opinion they don’t own the rights to host those leagues, because what you want is for the Full Member countries; obviously, the West Indies been a major part of that, they should be hosting the best leagues in the world,” Russell said.

“For us, we [CPL] built a brand for over five years and the testimony to that is we have over 200 million people following this tournament around the world; it’s a huge number…bigger actually than the Big Bash, so this league resonates around the world, not just in the Caribbean.

“It is a very strong brand already, so for us it’s just about doing more [of] the same, and I think more [of] the same is to make sure we get the best players around the world. Again, we have Chris Lynn, Brandon McCullum, Martin Guptill and David Warner. We have some great players coming down again this year, so we’ll continue to attract the best players, not only because it’s a good tournament but who wouldn’t want to come to the Caribbean for six weeks,” he opined.

Apart from the IPL and Big Bash League, the current cricket calendar consists of the PSL, CPL, England’s T20 blast and the Bangladesh Premier League, along with a new league which is expected to kick off later in South Africa. Additionally, there are leagues coming up in Dubai and Norway as well, to add to the ongoing Global T20 Canada.