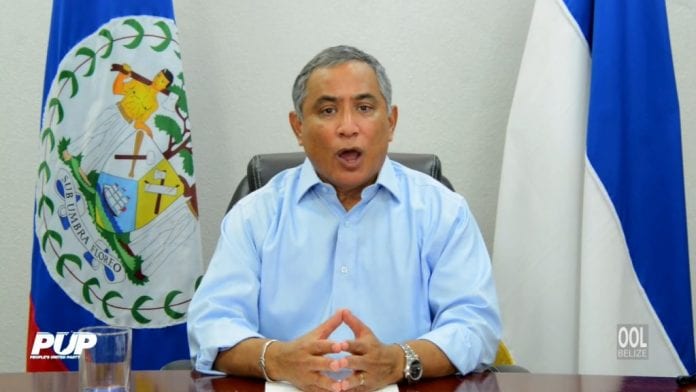 Prime Minister of Belize, John Briceño says he has made a full recovery from the coronavirus (COVID-19) even as other members of the ruling People’s United Party (PUP) were reported to have contracted the virus.

Briceño says that his last PCR test results were positive but doctors have declared him clinically recovered.

“Two weeks ago as you all know I was found to be positive with COVID-19. It is just like almost an impulse I decided to go and check because I had no symptoms. I was found that I was positive and then I was in self-quarantine for two weeks.

“I stayed in my bedroom and followed all the strict protocols. I must tell you that my family and I had to follow the protocols. On Friday last a doctor from the Ministry of Health went to do two things, give me the PCR test and also to clinically examine me. As I said I had no symptoms. I had no fever, no headache, no pains, no diarrhoea, nothing. No loss of smell or taste.”

But he said after the test was administered “she then declared me clinically recovered, that I could have moved around…but my wife insisted that you are going to do your 14 days.

Briceño said that while he is “free to move around, I will not get anybody sick.

He said that his Chief of Staff and Cabinet Secretary, Stuart Leslie, has also been declared clinically recovered, so too has the chief executive officer in the Prime Minister’s Office, Narda Garcia.

“Minister of State Mike Espat, they refer to him as iron mike. He had a very bad accident about 15 years ago and he was in a coma about 30 days or so and then when we found that he had COVID, well he is a fighter. He does not give up. He is at work.

“He seems to be moving around and seems to be to doing fairly well. Now Jorge Milin Espat gave us a little scare for a little while because he was struggling for a while but fortunately we got the medication and once we had it to him then he started to improve rather quickly.

But he was never intubated so that is the big thing. Once they intubate that is when you get into trouble.  So Dolores yes she is also positive but she is asymptomatic. When I spoke to her she said she has no symptoms that COVID-19 will give you. So she is doing well.“

Prime Minister Briceño said that while his Chief of Staff got sick also, “he is recovered also, clinically recovered. So is Miss Narda Garcia, she is now at work today in Belmopan”.