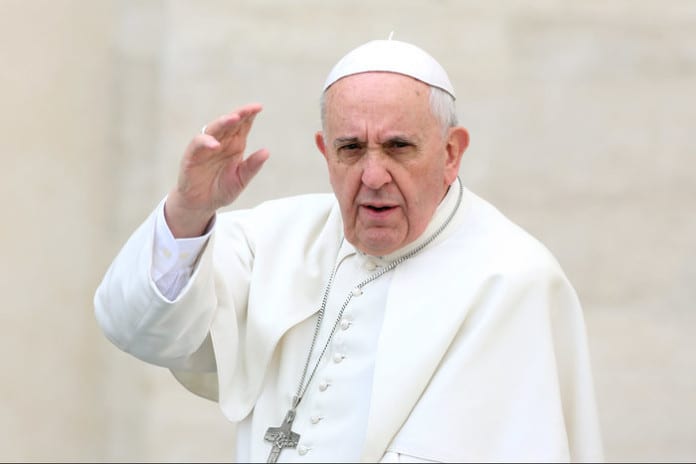 Pope Francis arrived in Cuba Saturday on the first leg of a high-profile trip that will also take him to the United States, highlighting his role in the rapprochement between the Cold War foes.

Looking smart in his papal whites — though minus his usual skullcap, which was blown off by the wind — a smiling Francis shook hands with the pair and blessed a group of children who presented him with flowers.

Thousands of people lined the road into Havana, which was decked out in giant posters of the Argentine pontiff.

Speaking to journalists on the plane, Francis said the world was “thirsty for peace.”

Francis was due to give a speech on arrival, and then retire for the day before launching into a packed itinerary that will also take him to the Cuban cities of Holguin and Santiago before he heads to Washington.