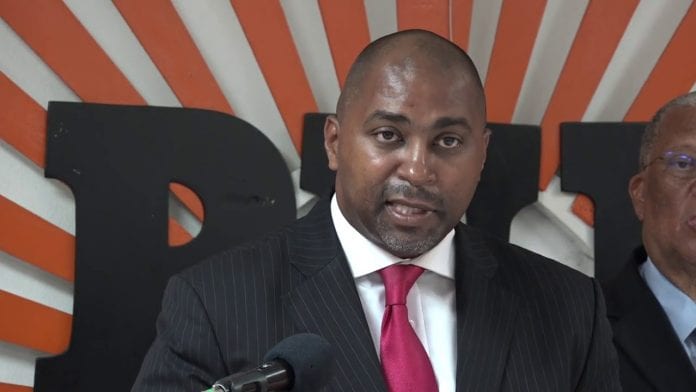 The general secretary of Jamaica’s main opposition People’s National Party (PNP), Julian Robinson, Friday confirmed he had tested positive for the coronavirus (COVID-19) as the party suspends campaigns for the September 3 general election.

“After briefly experiencing some signs of tiredness, out of an abundance of caution, I did a COVID-19 test. I was first informed by the authorities that my results were negative, Robinson said.

“The Ministry of Health (MOH) later advised me that the earlier information provided to me was incorrect. In those circumstances, I decided to do another test and the results have come back positive,” he said, adding “since experiencing symptoms, I have avoided contact with the party’s campaign leadership and stopped direct campaign activities in my constituency.

“I am now in self-isolation at home in accordance with the MOH protocols. I will not take part physically in the rest of the general election campaign. I will continue to work and monitor developments remotely from home,” he added.

Robinson’s announcement came after the party’s campaign co-director and candidate for the Manchester Central constituency, Peter Bunting, said he had tested negative for the virus that has infected 1,870 people on the island and killed 19 others.

Bunting, in a brief statement, said he was tested on Monday and received a negative report. The test was conducted following possible contact with the mayor of Mandeville and councillor for the Royal Flat Division in Manchester Central Donovan Mitchell, who has tested positive for the virus.

Mitchell had attended the signing of Bunting’s nomination form at the Electoral Office of Jamaica in Mandeville.

Both the PNP and the ruling Jamaica Labour Party (JLP) have reduced their campaign activities as a result of COVID-19.