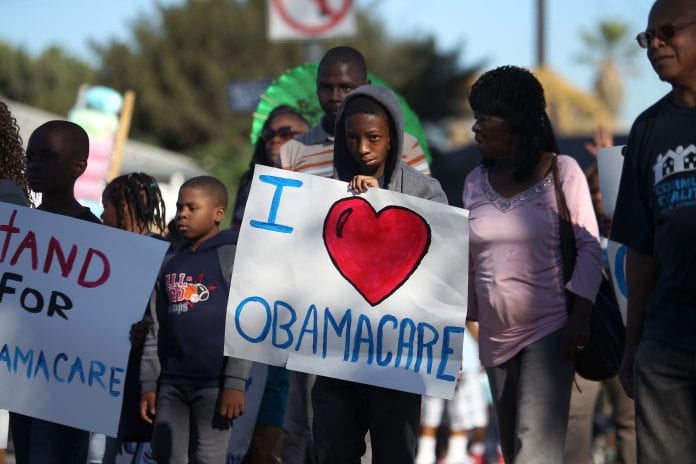 Enrollment for health insurance the Affordable Care Act, aka Obamacare reopened for the fourth consecutive year on Tuesday November 1, and will continue for the next 90 days until the end of January.

On Tuesday, there was aggressive activity on the main portal Healthcare.gov, the federal website for enrolling or applying for Obamacare. Representatives of the US Department of Health and Human Services responsible for assisting South Floridians in the enrollment process for Obamacare said the traffic on the federal website was so heavy “several potential enrollees had a difficult time getting o to the site.”

Local broker, Margaret Barrett from Broward County, said that, interestingly, of the persons who contacted her t enroll or re-enroll for Obamacare on Tuesday on processing their applications it was realized they would pay the same premium for the Silver plan, the most popular plan being sold by insurance companies participating in Obamacare.

Last week, days before the opening of the 2016/2017 enrollment, opponents of Obamacare renewed criticism of the healthcare plan with news that premiums would increase up to 25 percent in Florida and other states. Most of the increase was affiliated to the silver plan which averages some $300 per individual and offer policyholder more benefits than the lower cost Bronze plans. However, as Barret, represents of the DHHS and other brokers pointed out, this increase will be offset by tax credits that most enrollees are qualified for. With the tax credits, the real cost of monthly premiums to the policyholder holding a silver plan will be approximately $120.

During this enrollment period, the DHHs, and insurance companies are hoping for a significant increase in enrollment by younger, healthier people.

Several major insurance companies like Aetna and United Healthcare have pulled out of the Florida market for Obamacare because of the demand on these companies from older policy holders who tend to be more sick and in need of healthcare. With more younger enrollees, health insurance companies would be better able to balance the revenue inflow with the expense required to fund the healthcare needs of older, less healthy Obamacare enrollees.