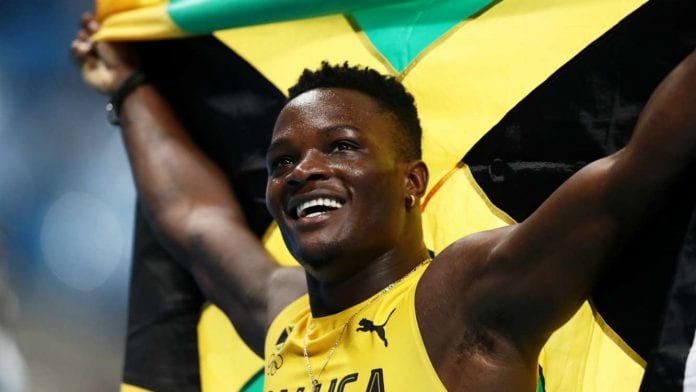 Jamaica’s Omar McLeod executed a perfect race in the 100 meters hurdles to land the gold medal in the London World Championships on Monday.

McLeod got off to his usual flawless start to smoothly negotiate the 10 high hurdles and complete the 110 meters final in a time of 13.08 seconds. His win ended a drought of gold medals which were anticipated to come from his fellow Jamaicans Usain Bolt and Elaine Thompson, both of who failed to deliver.

McLeod however was completely focused on his goal and celebrated wildly after the race before hugging a female Jamaican fan who sported a T-shirt bearing his image.

Earlier four Caribbean women qualified for what is expected to be a mouth-watering 400 meters final on Wednesday.