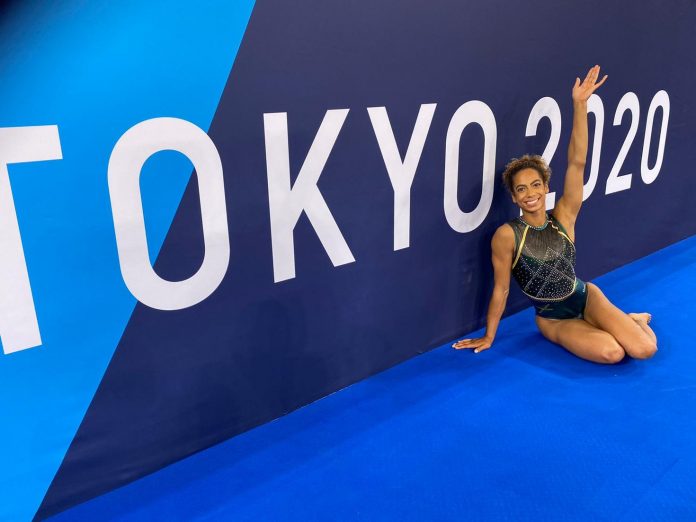 Gymnast Danusia Francis and swimmer Alia Atkinson were among the first Jamaicans to compete at the Tokyo Olympics which is now underway.

Francis, who sustained a serious knee injury on Saturday, did a shortened version of her routine and saluted the judges on Sunday. Francis said even though she could not compete the way she wanted to, she was happy to achieve her goal of being an Olympian, after missing the last two Olympics.

“Thank you from the bottom of my heart to every single person who has shown me support. I cannot believe how much love has come my way, I’m truly overwhelmed! This is a dream come true for me to be an Olympian and to do it wearing the Jamaican,” she said.

Meanwhile, legendary swimmer Alia Atkinson indicated that she will retire from swimming at the end of the season after failing to advance from the first round of the women’s 100m breaststroke. Atkinson placed third in the heat in a time of 1:07.70. She was competing in her fifth Olympic games.

On Monday, first-time Olympian Jamaican swimmer Keanan Dols finished 3rd in Men’s 200M Butterfly Heat 1 with a time of 2:00.25. He did not make it to the semifinal round.