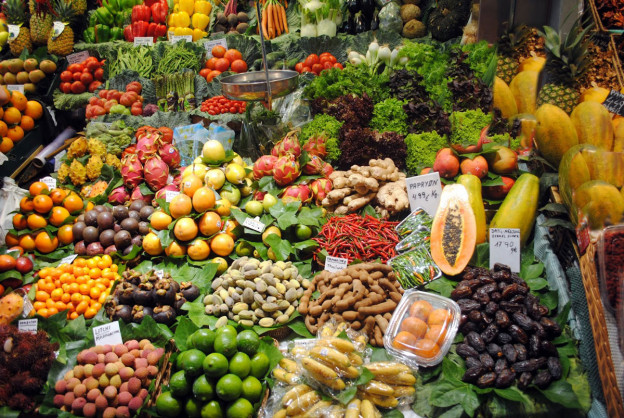 KINGSTON, Jamaica – As the Caribbean region faces the possibility of food scarcity due to COVID-19, there has never been a better time for regional agriculture to thrive, and for Caribbean nationals to “eat what they grow”.

Just recently, the Director-General of the Inter-American Institute for Cooperation on Agriculture (IICA), Manuel Otero, urged the region to prepare against a regional food storage. Simultaneously, scores of Jamaican farmers were complaining that they have too much produce and no buyers.

Since the first COVID-19 case reported in the Caribbean on March 1, all islands, to some extent, have implemented a series of measures that have left farmers unsure about income. Many restaurants, markets, hotels and other food suppliers have reduced their operations out of fear of the spread of the virus. But while many industries take a hit, one fact remains: people will always need food.

The temporary restriction of many businesses, which are a primary market for community farmers, presents a unique opportunity: for more Caribbean people to eat more locally produced food and lessen food imports.

A Food and Agriculture Organization (FAO) report noting that its “estimated US$4.75 billion 2018 food import bill [for the Caricom region] is expected to increase to US$8-10 billion by 2020.”

Jamaica is among those listed with a hefty food import bill which currently may be well over the US$1 billion seen in 2019. Ironically, the “eat what you grow and grow what you eat” campaign was started by the Jamaican government in 2003.

The Caribbean region has an advantage that many international countries do not: fertile lands and a tropical climate that allows the growth of numerous crops. There is no reason why a region, known first for its local food, should be importing foreign foods instead of eating more of its own.

Richard Pandohie, president of the Jamaica Manufacturers and Exporters Association (JMEA) recently called on the Jamaican Government to get more creative with the requisite policy frameworks so that the island can begin to ‘grow what we eat, eat what we grow’ and even supply other markets where possible.

This global pandemic has many industry stakeholders considering the possibility of an economic reset; the chance to invest more in buying and building local produce versus depending on foreign goods for survival.

A thriving regional agriculture industry is one that the Caribbean needs to take advantage of, especially in this time on uncertainty. There is more than enough to feed locals, neighbouring islands, and export to the rest of the world with the surplus.